More people are looking for housing than Canada has homes for: Royal Lepage CEO

National home sales rose 0.9 per cent from a month earlier, the smallest gain since April, the Canadian Real Estate Association reported Thursday. At the same time, inventory levels dropped 10.2 per cent and the sales to new listings ratio, a measure of market tightness, hit the highest level in almost two decades.

Canada’s housing market has been a bright spot in the country’s economic recovery from COVID-19 shutdowns. Property sales and prices have reached historical highs in the aftermath of lockdowns as tight inventory levels combined with low interest rates buoy real estate values. Benchmark prices are up 5.3 per cent since June, near the fastest pace on record for a three month period. 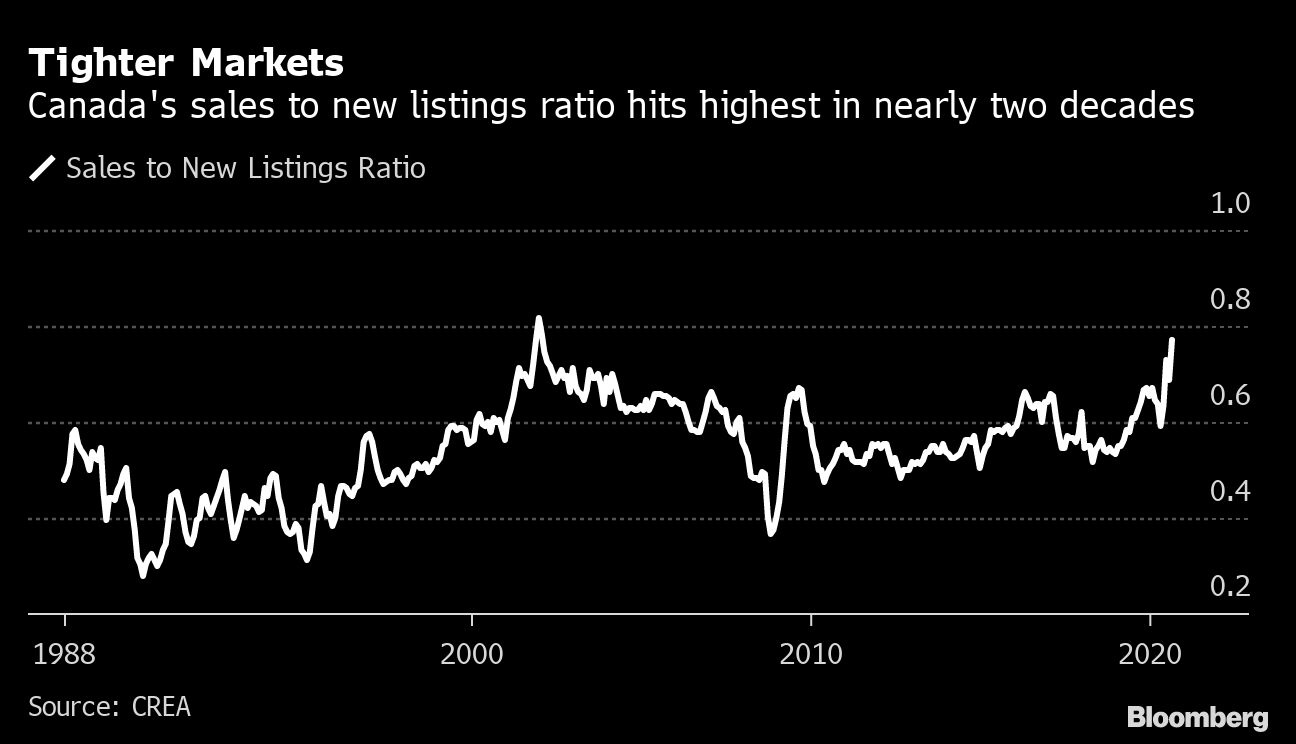 “Canadian home sales and prices set records once again in September amid record-tight overall market conditions, as they did in July and August,” Shaun Cathcart, CREA senior economist, said in a statement. He cited pent-up demand from the lockdowns, government support to date, ultra-low interest rates, and the composition of job losses.

However, the report suggests the intense rebound in housing activity after March and April lockdowns has been largely extinguished and there’s also uncertainty around the second wave of COVID-19.

“We doubt that this recent sizzling strength can persist amid some of the building headwinds, which should at least somewhat tame market conditions in the months ahead,” Doug Porter, chief economist at Bank of Montreal, said in a report to investors. “The underlying economic conditions simply do not support such a piping hot market over a sustained period.”

Benchmark prices were 1.3 per cent higher on the month. There were just 2.6 months of inventory nationwide, the lowest level on record, CREA said. Average home prices set another record in September, topping $600,000 for the first time ever and up 17.5% from a year earlier.