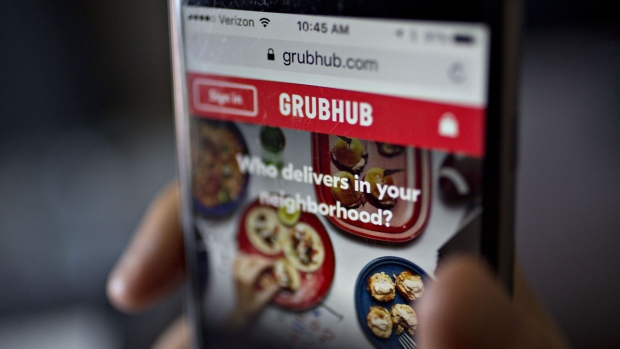 Grubhub Inc. said the food-delivery company isn’t for sale, pushing back against media reports that had sent its stock surging.

“We felt it was important to clarify that there is unequivocally no process in place to sell the company and there are currently no plans to do so,” a representative for the company said in a statement. “We have always consulted advisers about a broad range of issues, including potential acquisition opportunities -- that has not changed.”

Grubhub is confident in its growth strategy whether or not it makes acquisitions, the representative said.

Shares of Chicago-based Grubhub fell about 7% after the close of regular trading Thursday. They had risen 1.8% to US$55.73 earlier in the day, giving the company a market value of about US$5.1 billion.

Grubhub’s place in the food delivery market has fallen precipitously over the past year as upstarts spent aggressively to break in. Its stock, which nosedived after it published a dismal earnings forecast, remains down more than 30% from a year ago.