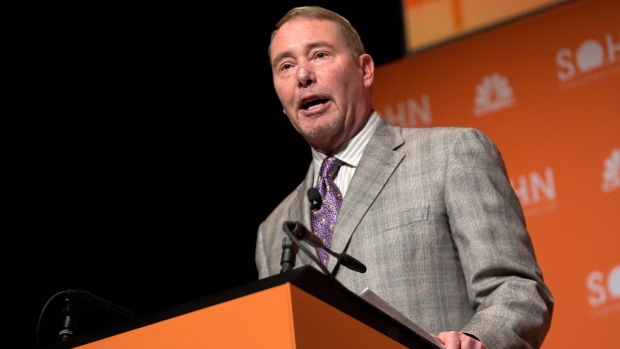 Jeffrey Gundlach, co-founder and chief executive officer of DoubleLine Capital LP, speaks during the Sohn Investment Conference in New York, U.S., on Monday, May 6, 2019. The conference gathers top investors from around the globe for a day of fresh market insights. , Bloomberg

“Will Joe Biden beat Donald Trump in November? I don’t think so,” Gundlach said during a webcast Tuesday for his company’s closed-end funds. “I’d bet against that. I think the polls are very, very squishy because of the highly toxic political environment in which we live.”

On Biden’s choice of Senator Kamala Harris as his running mate, Gundlach said she is “a little too charismatic.”

“I don’t think it’s a good pick,” he said. “She might be a little bit dominant with her personality.”

Gundlach said much can happen between now and Election Day. “I think there’s a lot of time here, there’s going to be a lot of twists and turns,” he said.

Gundlach, who predicted Trump’s win in 2016, has criticized Biden’s electoral chances -- and that of other Democratic candidates. In January, he said he didn’t think Biden would win the Democratic nomination and in March he called him “unelectable.”

Other highlights from the presentation: