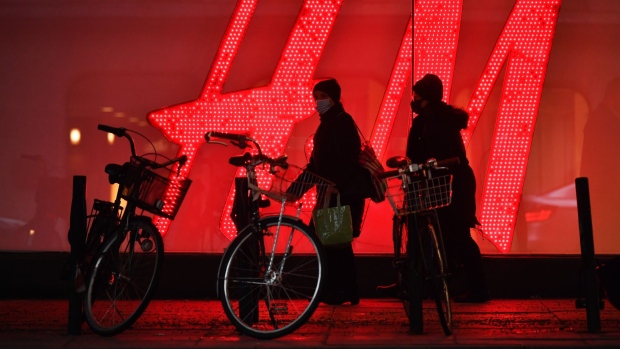 Chinese net users have called for a boycott of Hennes & Mauritz AB because it won’t use cotton from Xinjiang, thrusting the world’s second-largest clothing retailer into the Asian nation’s human rights controversy.

Users of China’s Twitter-like Weibo platform singled out the Swedish multinational after finding a statement on its website saying it has stopped sourcing cotton from the far western region. In the undated statement, H&M said it’s “deeply concerned by reports from civil society organizations and media that include accusations of forced labor and discrimination of ethnoreligious minorities.”

H&M China said on Wednesday that its global supply chain is managed to comply with sustainability commitments, not to reflect any political position. The company also said it doesn’t purchase cotton directly from suppliers, but uses third parties.

As of Wednesday evening Beijing time, H&M appeared no longer to be available on Alibaba Group Holding Ltd.’s e-commerce platform Taobao, where the retailer had previously had a presence. The internet firm didn’t immediately respond to a request for comment.

H&M shares fell as much as 2.8 per cent in afternoon trading in Stockholm. China accounted for 5.2 per cent of the company’s total sales in 2020.

“Want to make money in China while spreading false rumors and boycotting Xinjiang cotton? Wishful thinking!” it said in a post.

One of the People’s Liberation Army’s Weibo accounts called H&M’s statement “ignorant and arrogant.” And two Chinese celebrities who previously represented H&M issued statements saying they no longer have any ties with it, adding they oppose “attempts to smear China.”

The U.S. and some other Western governments accuse China of sending as many as 1 million Muslim Uyghurs to internment camps and forcing them to work. The U.S., U.K., Canada and the European Union imposed sanctions on China over alleged human rights abuses this week, prompting Beijing to retaliate with sanctions of its own.

China categorically denies all allegations regarding Xinjiang Uyghurs as “lies.” Beijing says it is lifting the region out of poverty, building infrastructure to improve the economy and ensuring children receive educations. The government says these efforts help it counter extremism in the region.

Foreign companies operating in China are often compelled to strike a balance as they try to maintain access to its huge market without ignoring concerns in their home nations.

Last week Apple Inc. cut ties with Chinese supplier Ofilm Group Co. over allegations it’s involved in a government program that transfers minorities from Xinjiang to other parts of the country for work, a person familiar with the matter said.