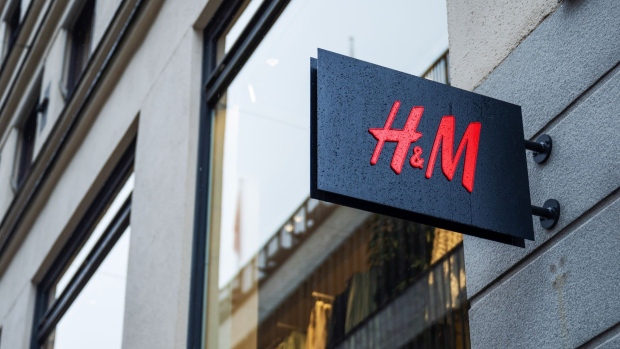 The company is trying out the fees in Norway in coming days, embracing a measure that’s becoming more common among rivals, Chief Executive Officer Helena Helmersson said. A spokesperson said a UK trial is possible later as the company assesses which markets it could test such charges.

“We are testing it as a possible measure we could take, all depending on how the customers react,” the CEO said in an interview Thursday.

H&M is looking to slash costs to counter increased raw materials and freight prices after a disappointing quarterly report that sent the share price plunging close to a 18-year low.

On a more positive note, Helmersson said inflation on some raw materials like cotton and also on transport may have reached a peak -- even though currency effects could keep prices rising next quarter.

“There’s still quite a lot of uncertainty, but it looks like it has peaked and is slowly but surely leveling out,” Helmersson said. “The biggest factor affecting us going forward is the US dollar.”