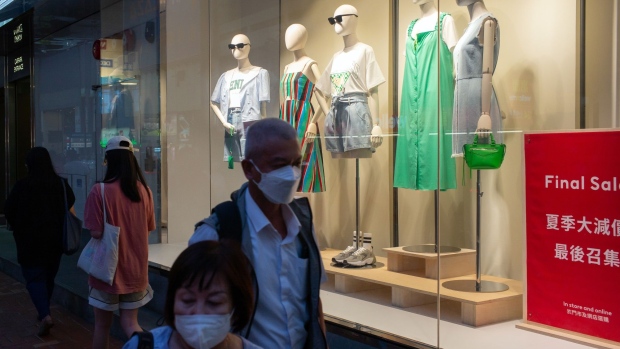 (Bloomberg) -- Retail giant Hennes & Mauritz AB returned to Chinese e-commerce platform Tmall more than a year after it was removed as part of a broader boycott of the Swedish company for its comments about Xinjiang cotton.

The online store, which has more than 14 million subscribers, is now available on the marketplace owned by Alibaba Group Holding Ltd., according to a search by Bloomberg News on Tuesday. Most of the product options, including t-shirts and socks, show single-digit monthly sales volumes, indicating it hasn’t been open for long.

Read more: China Canceled H&M. Every Other Brand Needs to Understand Why

Its outlet locations are still unavailable on Apple Maps and Baidu Maps searches. H&M declined to comment and Alibaba didn’t immediately respond to a Bloomberg News request for comment.

It’s the first time the Swedish retailer has managed to reopen its Tmall store since March 2021, when social media users dug out an undated company statement expressing concerns about accusations of forced labor in Xinjiang. H&M’s treatment became symbolic of the risks Western companies face operating in increasingly nationalistic China, with the company facing the harshest backlash among other big brands including Nike Inc.

Read more: Nationalism in China Has Dethroned Nike and Adidas

H&M had been holding weekly talks with Alibaba about returning to the online platform, people familiar with the matter told Bloomberg earlier this year. They could still sell products on their self-run website.

As well as vanishing from online marketplaces and maps, about 60 of its stores closed -- roughly 12% of the brand’s total Chinese network -- as the furore escalated. While the apparel giant is less China-focused than brands like Uniqlo or Nike, the nation accounts for about 3% of sales and is home to almost one in 10 brick-and-mortar stores. It’s also H&M’s biggest manufacturing hub, with more than a third of its suppliers.

H&M Chief Executive Officer Helena Helmersson said in March that “when it comes to China, we are still in a complicated situation.”

Still, Tmall users may face difficulties finding the store. When typing the words “HM Official Flagship Store”, the store appears on the screen. But the official store won’t show for terms like “HM” or “H&M”. That’s commonly seen when China’s online marketplaces and social media intend to filter some sensitive words.

The company is yet to trumpet its return to potential customers. Its Weibo account makes no mention of the move, and has just 10 posts since the boycott started in March last year. That compares with at least 10,000 posts between 2011 and 2021, according to data compiled by Bloomberg News.

(Updates to add details throughout)