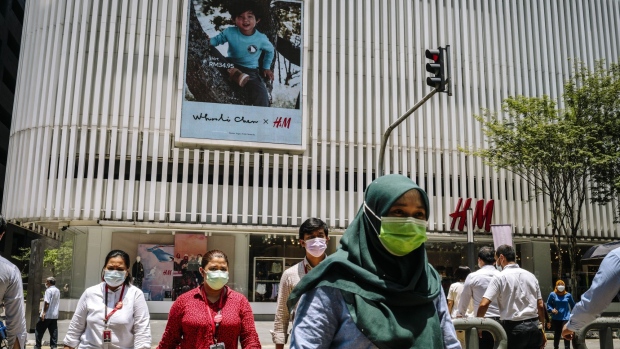 Hennes & Mauritz AB Chief Executive Officer Helena Helmersson is getting tough in her first year running the Swedish fashion retailer, announcing plans to reduce the store count by five per cent next year.

The CEO is making H&M’s biggest retrenchment ever as the pandemic exacerbates its record inventory buildup. The retailer said Thursday it plans to permanently shut 250 stores on a net basis in 2021 after eliminating 50 this year. The stock rose as much as 8.3 per cent.

Helmersson’s first year at the helm of the company has been more challenging than she bargained for as COVID-19 has plunged the industry into its worst business conditions in decades. Inventory remains a headache, increasing to more than 21 per cent of 12-month revenue. That’s more than double the level of Zara owner Inditex SA.

Job cuts are looming throughout the retail industry as chains find it’s easier to sell online than in person. Marks & Spencer Group Plc said in August it’s cutting about 7,000 jobs. Any reductions at H&M would probably affect a bigger proportion of women than men. About three-quarters of H&M’s 180,000 employees are female.

Third-quarter pretax profit came in at 2.3 billion kronor (US$257 million), higher than the 2 billion-kronor estimate that H&M gave last month. Sales have been recuperating, with revenue dropping five per cent in September, the first month of H&M’s fourth quarter. Third-quarter sales had fallen 16 per cent.

“The recovery is going better and faster than we expected,” Helmersson said via phone, attributing the performance to well-received collections and strict cost control. “The worst is behind us.”

Helmersson declined to estimate how many jobs may be cut. She said that H&M plans to close shops in mature markets, like Europe and the U.S., whereas the retailer will open more stores in countries with more growth potential like Russia, India and Japan.

The sudden appointment of the new CEO in January signaled a step back by the family shareholders who dominate H&M. They replaced Karl-Johan Persson, the grandson of the company’s founder, after he failed to reduce the amount of unsold garments over the past four years. Now he is H&M’s chairman.

Helmersson’s 23 years at H&M began in 1997 in purchasing, and she has worked in Bangladesh and Hong Kong for the retailer. A year before the recent promotion, she became chief operating officer.

The new CEO is starting to prune a retailer that the Persson family expanded every year for over the past two decades, increasing the store count from about 600 to 5,000.

“After years of overstoring, we welcome this change and are encouraged by the magnitude of cuts,” wrote Aneesha Sherman, an analyst at Sanford C. Bernstein.

H&M is also trying to lower rents of existing stores. The company’s lease agreements are scheduled so that it can renegotiate or exit one-quarter of them in any given year. That will help reduce the cost of closures, Bernstein’s Sherman said.