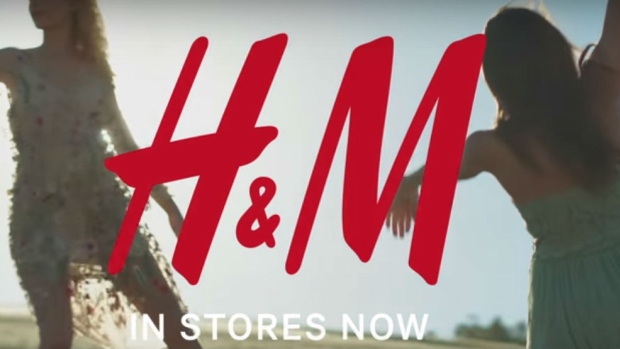 Hennes & Mauritz AB suspended several employees after a new hat for the Swedish retailer’s chain & Other Stories was given an internal product name that contained a racist slur.

“We take the use of racially offensive language extremely seriously,” company spokesperson Ulrika Isaksson said in a statement Thursday. “While internal and external investigations are taking place, we have suspended the team and managers responsible for this area of the business.”

The incident, first reported by CNN, comes two years after a controversy over a hoodie H&M advertised with a Black child and a caption that read “coolest monkey in the jungle.”

Companies worldwide are reviewing their policies on diversity following weeks of anti-racism protests in the U.S. after George Floyd was killed by a White police officer in Minneapolis.

Brand names critics have long called problematic, from PepsiCo Inc.’s Aunt Jemima maple syrup to Mars Inc.’s Uncle Ben’s rice, are getting a makeover. Nestle SA and Nike Inc. added June 19 to their corporate holiday calendar to commemorate the formal end of slavery in the U.S. in 1865. Adidas AG’s head of human resources resigned in June after coming under fire for characterizing employee concerns over racial disparities as “noise.”

After pulling the hoodie, which provoked protests at some stores in South Africa, H&M appointed a global head of diversity and inclusiveness, saying the retailer needs to avoid racism in any form, deliberate or accidental.

H&M is stepping up its efforts to improve diversity within the company, Isaksson said. Measures include stronger internal controls and an external advisory council with business executives from diverse backgrounds.