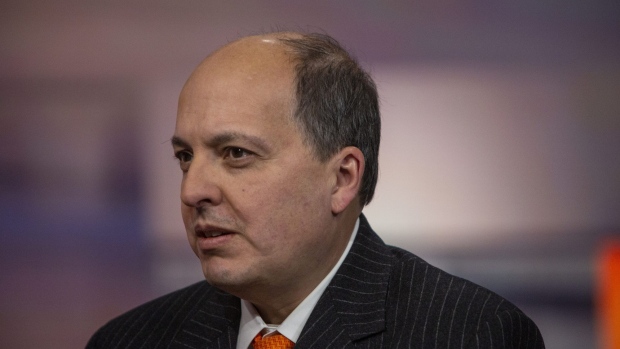 (Bloomberg) -- The raging global pandemic helped hedge fund manager Said Haidar make more than 25% during the market turmoil in March. Vaccines that could end the crisis have now erased those gains.

His Haidar Jupiter macro hedge fund slumped 23.5% in November, its biggest monthly decline since starting more than two decades ago, as bets against stocks suffered in a global market rally, according to a letter to investors seen by Bloomberg.

“We were caught off guard by a series of vaccine announcements in rapid succession, with much higher efficacy rates and highly expedited approval, manufacturing, and distribution timetables than earlier guidance suggested,” New York-based Haidar wrote to clients.

The losses mark a dramatic reversal for one of the best-performing hedge funds in the world this year. The fund, which had gained as much as 68% through August this year, is now up 15.5%. That’s still better than the 0.4% seen through October by peers, according to data compiled by Bloomberg.

A spokesman for Haidar Capital Management, which managed close to $900 million in assets earlier this year, declined to comment. The fund has now made adjustments to its portfolio to benefit from a potential early end to the pandemic and a strong global economic rebound, the letter said.

After sharp downturns in markets in September and October, which led to the fund losing about 5% in each month, Haidar had turned his portfolio defensive on the assumption that global growth was at risk because of soaring infections and lockdowns globally. Some of those bets backfired as the news on vaccines led investors to buy previously underperforming assets and sell pandemic winners.

The fund manager rapidly cut its bearish wagers, moving to net long global equities from net short within 24 hours, but that was not enough to save it from a decline, the letter said.

“While we do question many of the assumptions upon which some of the market moves are predicated, we view the vaccine news as a potential paradigm shift that requires us to reevaluate our whole portfolio,” Haidar wrote.

Haidar, who founded his eponymous firm in 1997, bets on macroeconomic shifts around the world. Some of his larger peers such as Brevan Howard Asset Management, Rokos Capital Management and Caxton Associates have posted double-digit gains this year as market volatility creates trading opportunities.