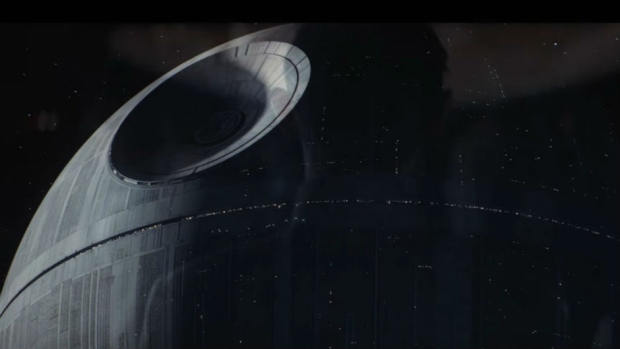 In both Canada and the U.S., infrastructure spending is all rage as a means to kick start a moribund North American economy.  So, in the Star Wars movies, how big of a slump was the Empire dealing with to build the technological terror known as the Death Star?

Perhaps one that needed a US$192 quintillion fictional stimulus plan.

Until now, few have considered the enormous cost of the project and the financial crash that likely followed in a Galaxy Far, Far Away.

No Bothans died to give us these estimates; Washington University economist Zach Feinstein crunched the numbers. To get to his figures, Feinsten turned to present-day military projects for guidance, including the construction of the USS Gerald Ford for the American government.

Based on the $17.5 billion price tag for the steel used in 2012 for the aircraft carrier and the amount of metal needed for a space station large enough to be easily mistaken for a small moon, the economist predicted the steel alone would cost $852 quadrillion.

Even at that price point, however, all Darth Vader would have is a frame and shell of the Death Star. Before he could walk through the vertically lit walls in search of Obi Wan Kenobi, the station would require more than just a coat of paint.

Because this space station is essentially a massive weapon, Feinstein turned to the Manhattan Project for insight into the costs of creating a laser capable of destroying Princess Leia’s home planet of Alderaan.

Wookieepedia, the online resource for all things Star Wars, reports 1.75 million planets were all feeding taxes and tariffs into the coffers of the Dark Side. Feinstein estimates the Gross Domestic Product (or Gross Galactic Product) at $4.6 sextillion (21 zeros). Amortized over the 20 year construction period, the Death Star cost the Empire 0.2% of GGP (gross galactic product) – about as much as it cost the United States to build its own technological terror: the Atom Bomb. 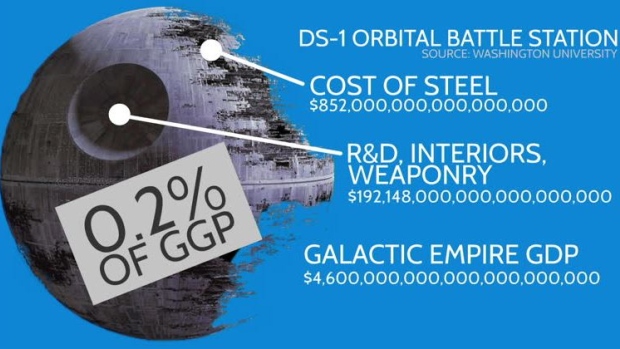