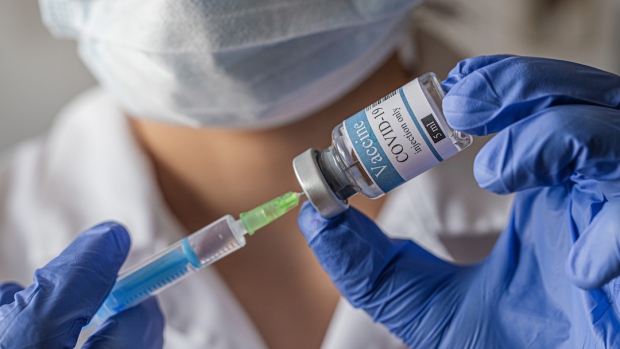 With multiple companies working on a vaccine, Algernon is working on a treatment for those who have already contracted the virus. , Image courtesy of Market One Media

However, Patty Hajdu said publicly bought COVID-19 vaccines will not be available for private purchase.

Hajdu was asked Friday about a report that the National Hockey League was considering buying vaccines before the upcoming season, prompting concerns the league could cut in line ahead of others waiting for the shots.

She said the government does not have mechanisms to stop corporations from “negotiating with vaccine manufacturers on a private contractual basis.”

Hajdu added that the government's role as regulator of vaccines is about the safety and performance of products, not access.

“Our contracts are strong and are focused on getting vaccines, for free, out to all Canadians,” he said Friday.

This report by The Canadian Press was first published Dec. 11, 2020.