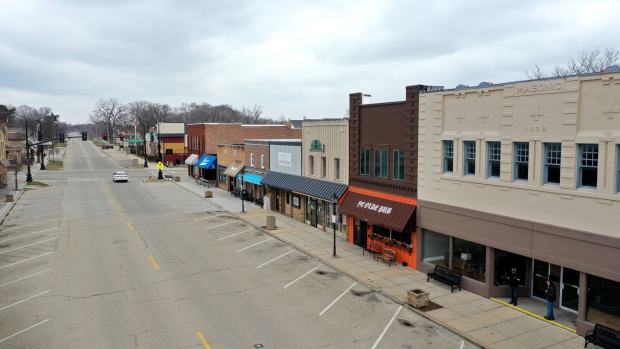 (Bloomberg) -- Roughly half of US and Canadian small businesses expect a recession this year as concerns about inflation, rising interest rates and global conflicts bear down on firms, according to a survey.

Forty-nine percent of small businesses foresee a recession before the end of 2022, according to the survey, commissioned by digital-payments company Veem, of 468 business owners in the US and Canada in late May and early June. About 21% don’t predict a downturn this year, and another 30% weren’t sure. The poll had a margin of error of plus or minus 4 percentage points.

The results, released Tuesday, were more pessimistic than the consensus estimate of economists surveyed by Bloomberg News, who see a 33% chance of recession over the next 12 months.

The data mirror pessimism in a separate report Tuesday by the National Federation of Independent Business. An overall optimism index maintained by that small business organization fell in June to its lowest level since early 2013.

Determining the start of a recession can be debatable in the US. The National Bureau of Economic Research, a group that declares the start and ending of US economic downturns, defines it as a “significant decline in economic activity that is spread across the economy and lasts more than a few months.” Often, the US is deep into a recession or even beyond it before the NBER ever makes such a declaration.

Among the biggest risks facing small businesses, roughly 17% said they “strongly agree” that they’re worried about the health of their businesses because of inflation and rising interest rates, while another 47% say they “somewhat agree.” About three in five respondents say they don’t see a resolution to inflation this year.

Based in San Francisco, Veem is a digital payments platform and counts more than 500,000 customers globally, the company said.