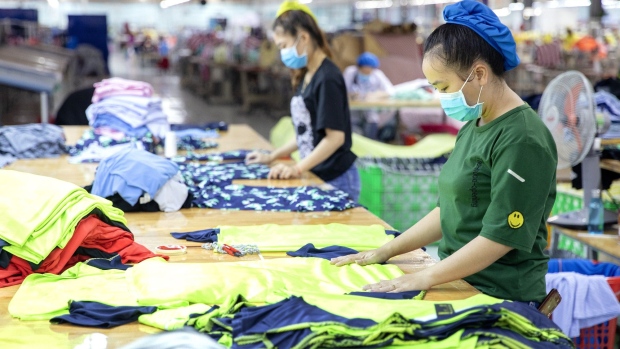 Vietnamese apparel companies saw about 50% of international orders cancelled during the first half of the year due to the novel coronavirus outbreak, according to an emailed statement from the industry and trade ministry.

International orders were halted mostly in May and June, the statement said. Many Vietnamese apparel companies have pivoted to making products for the domestic market or medical attire, such as masks and protection clothes, for exports. Footwear manufacturers have seen a 6.7% drop in exports during the first six months of the year.

The companies expect international demand to pick up during the fourth quarter, the ministry said.

Samsung Electronics Co.’s Vietnam unit revised down its forecast on 2020 exports to $45.5 billion versus $51.4 billion, according to the statement.