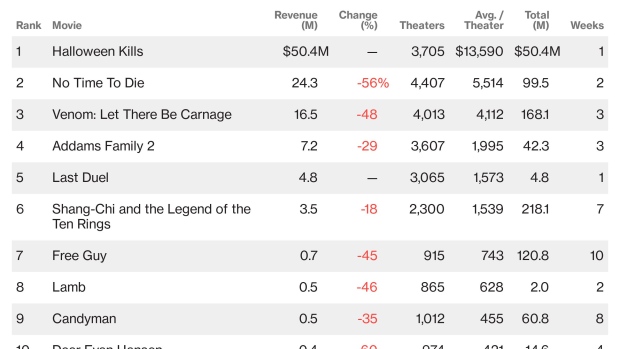 (Bloomberg) -- “Halloween Kills,” the latest installment in the long-running horror series, opened as the top film in North America, knocking the James Bond movie “No Time to Die” from the lead after just one weekend.