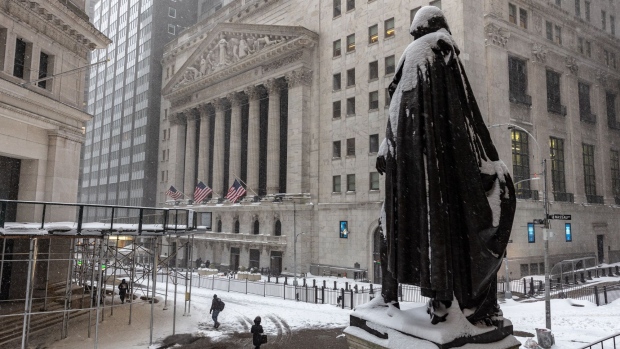 (Bloomberg) -- Hamilton Lane Inc. is putting the probability of an economic downturn this year at zero, according to Chief Executive Officer Mario Giannini.

“There is virtually no chance that there is a recession in 2021,” Giannini said Thursday during the firm’s annual market overview. “We’re not going into a downturn, and in fact we may have an even stronger environment than people expect.”

The Bala Cynwyd, Pennsylvania-based alternative-asset manager, which oversees about $657 billion, believes that central banks will continue to plow more money into the system to hold up markets.

“When you look at what governments are doing in the U.S., in Europe, everywhere -- they are saying this pandemic was no one’s fault and we are not going to allow economies to turn down and not do something about it,” said Giannini. “So we think they are going to continue to provide enormous fiscal stimulus through this year.”

Giannini said interest rates will remain low for a longer period of time than expected. He did predict one wild card: the possibility of an inflation scare from pent-up demand for a return to pre-pandemic life with outings such as eating at restaurants and taking trips driving “an enormous amount of activity.”

Hamilton Lane, with more than 400 employees in offices throughout North America, Europe, Asia Pacific and the Middle East, is known for its focus on private market investments. It recently started a fund and made a rare acquisition in an effort to tap a new group of investors that don’t normally have as much access to these asset classes.