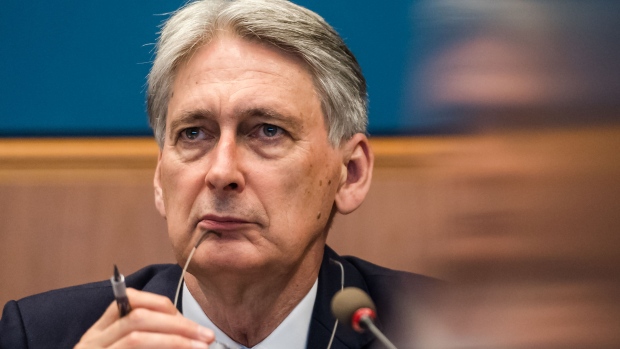 U.K. Chancellor of the Exchequer Philip Hammond says he intends to resign his post this week if Boris Johnson becomes the next prime minister.

Hammond says he will stand down after prime minister’s questions in the House of Commons on Wednesday should Johnson, as expected, win the battle for Tory party leadership. Hammond spoke in an interview on BBC TV’s "Andrew Marr" show.

The new premier is due to be announced on Tuesday morning and take office on Wednesday afternoon.

To contact the reporter on this story: Alex Morales in London at amorales2@bloomberg.net