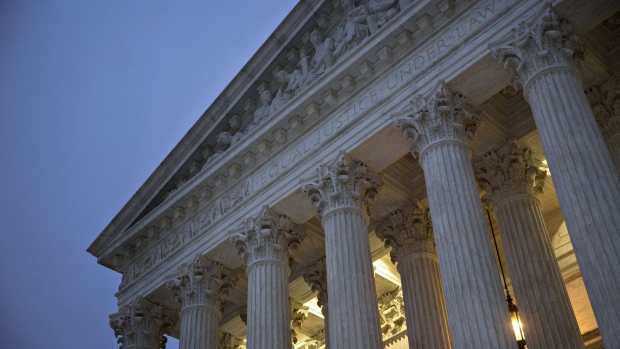 Already considering toppling the landmark Roe v. Wade abortion-rights decision, the justices are now taking aim at another set of storied precedents: the rulings that let admissions offices use race to ensure a diverse campus.

And that’s just the start. The current term, which runs through June, is likely to feature rulings expanding Second Amendment gun rights and restricting what the Environmental Protection Agency can do against climate change. And the court on Monday also accepted a case that could narrow the Clean Water Act, giving companies more leeway to pollute and developers more freedom to build.

“They really are in this sort of moment where they can do whatever they like,” said Melissa Murray, a constitutional law professor at New York University. The decision to hear the admissions case suggests that “they’re just checking things off their list and affirmative action will be next.”

Driving the change are the three Donald Trump appointees -- Justices Neil Gorsuch, Brett Kavanaugh and Amy Coney Barrett. Already having proven to be reliable conservative votes, they have collectively shown new signs of boldness in recent months, agreeing to take up cases they could easily have turned away and suggesting a readiness to discard precedents.

All three signaled in arguments in December that they were seriously considering overturning Roe, the 1973 ruling that legalized abortion nationwide. They were in the majority in a series of decision allowing enforcement of a Texas law that outlaws abortion after six weeks, even though it can’t be squared with the court’s precedents.

As is customary, the court didn’t say which justices voted to take up the affirmative action appeals, which challenge race-conscious admissions policies at Harvard College and the University of North Carolina.

But given that only four justices are needed to grant review, it would have take only two of the Trump trio to join fellow conservatives Clarence Thomas and Samuel Alito in agreeing to get involved.

The appeals, pressed by an interest group formed to challenge racial preferences, asks the court to overturn the 2003 Grutter v. Bollinger decision, which reaffirmed that universities can use race in admissions to ensure campus diversity. The court is expected to hear the case in the nine-month term that starts in October.

Conservatives say they are cautiously optimistic about the court’s trajectory after decades of frustration with Republican appointees who proved to be moderates or even liberals once on the court.

“Looking at it from a conservative point of view, there’s a lot of promise there with regard to abortion and affirmative action, and maybe even the Second Amendment, maybe voting rights,” said Curt Levey, president of the legal advocacy group Committee for Justice. “There’s areas where I think conservatives can be hopeful, but we’ve been disappointed too many times for me to declare victory.”

The presence of the Trump appointees has left Chief Justice John Roberts unable to control the pace of the court’s shift to the right. Although Roberts has been skeptical of abortion rights and is a staunch critic of racial preferences, he is more inclined than his fellow conservatives toward an incremental approach that preserves the court’s precedents.

“He perhaps more than any member of the conservative bloc has been concerned about the courts institutional perception, like what the public thinks about the court,” Murray said. “I imagine he can’t be super-excited about just this barrage of hot-button issues popping up on the court’s docket in such a short period of time.”