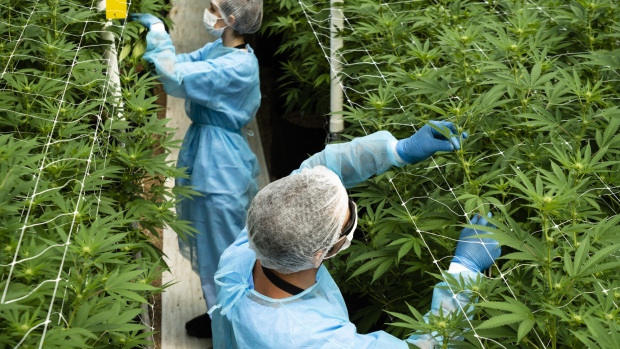 The combined company will have licenses to operate up to 200 facilities in 16 states and territories including 123 retail dispensaries, making it one of the largest multi-state operators in the U.S., the companies said Monday. It’s expected to have over 70 dispensaries, 13 cultivation facilities and 13 manufacturing facilities in operation by the end of 2019.

The deal “will give us a leadership position in one of the largest cannabis markets in the world,” Harvest Executive Chairman Jason Vedadi said in a statement.

Investor interest has been rapidly shifting from Canada, which legalized recreational pot use in October, to the U.S., where states are rapidly legalizing but the drug remains illegal federally. U.S. consumer spending on legal cannabis is expected to reach US$22.2 billion by 2022, while Canadian spending is forecast to hit US$5.9 billion, according to a January report by Arcview Market Research and BDS Analytics.

Phoenix, Arizona-based Harvest will give Verano shareholders a combination of subordinate and multiple voting shares for a total estimated purchase price of $850 million based on a share price of $8.79. Harvest’s stock, which trades on the Canadian Securities Exchange, rose 10 per cent to $9.47 at 10:15 a.m. Monday. The deal is expected to close in the first half of this year.

“Although we believe this deal looks to significantly increase Harvest’s vertically integrated platform throughout the U.S.,” details including the transaction multiple remain thin, Canaccord Genuity analyst Matt Bottomley wrote in a note. The companies will hold a conference call at 3:30 p.m. Monday to discuss the transaction.

If completed, the acquisition will be the largest deal involving two U.S.-focused pot companies, according to data compiled by Bloomberg. Harvest has a market value of $2.65 billion, making it the third-largest U.S. cannabis firm after Green Thumb Industries Inc. and Curaleaf Holdings Inc.

“Our growth and unique positioning in key markets allowed us to evaluate some of the largest players in the space, but we only had one unanimous choice for a major transaction and that was Harvest,” George Archos, Chief Executive Officer of Chicago-based Verano, said in a statement.