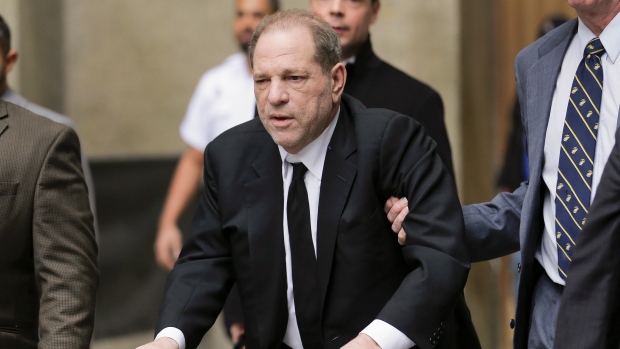 Harvey Weinstein was charged with sex crimes by Los Angeles prosecutors more than two years after accusations that the film producer had preyed on women first spilled into public view.

The charges, announced Monday come as Weinstein is about to go on trial in New York City on rape and sexual assaulted charges. They add new peril for former Hollywood power-broker who, if convicted, already faces prison time in New York state and must now confront the new set of charges that could send him to jail in California.

“We believe the evidence will show that the defendant used his power and influence to gain access to his victims and then commit violent crimes against them,” Los Angeles District Attorney Jackie Lacey said in a statement.

The charges relate to alleged assaults against two women in 2013, Lacey said. The victims weren’t identified.