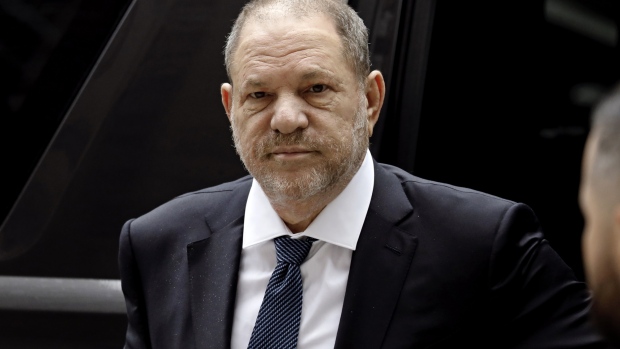 Harvey Weinstein was sentenced to 23 years in prison for sexual assault after decades of using his immense power in Hollywood to target aspiring actresses.

His next stop is likely to be a maximum-security prison an hour north of the Manhattan courtroom in which he was sentenced on Wednesday, where New York state corrections officials will decide where he’ll do his time. He faces separate sex assault charges in Los Angeles.

Weinstein, who became an emblem of the #MeToo movement as waves of women accused him of harassing or attacking them over the years, was convicted last month for forcing oral sex on production assistant Miriam Haley and raping actor Jessica Mann. The maximum total sentence for the two crimes was 29 years.

If his conviction on Feb. 24 was greeted as a milestone in the movement -- a powerful man held to account in a court of law -- his sentence was also keenly anticipated. Weinstein reigned over the U.S. independent film industry in the 1990s, co-founding Miramax Film NY LLC with his brother Bob and producing two decades of hits, from “My Left Foot” and “The Crying Game” to “Pulp Fiction” and “Shakespeare in Love.”

But his dark side, pursued with impunity, became an open secret in Hollywood and stayed that way for decades, until it burst into public view in graphic accounts in the New York Times and the New Yorker in 2017. Manhattan District Attorney Cyrus Vance Jr. brought charges a year later.

At his trial, Weinstein’s defense team worked to convince a jury of seven men and five women that their client was just a man of large appetites who had consensual sex with women who used him to advance their careers.

They argued that Haley continued to reach out to the producer with affectionate emails and that Mann sustained their relationship for years. Led by veteran defense attorney Donna Rotunno, they said the women had “relabeled” the encounters as attacks in the wake of #MeToo.

In the end, prosecutors prevailed, after calling several women beyond Mann and Haley to help prove that Weinstein’s encounters with the two weren’t consensual. A forensic psychiatrist testified that behavior like Haley’s and Mann’s is common in women assaulted by men they know.

After five days of deliberations, jurors found Weinstein guilty of forcing oral sex on Haley, a “Project Runway” production assistant, in 2006 and raping Mann, an aspiring actor, in 2013. He was acquitted of two counts of predatory sexual assault, which carried a maximum term of life behind bars, and the more serious of two rape counts. He will appeal.

In seeking leniency from Burke, defense lawyers argued their client had already lost his livelihood and was now a notorious criminal whose fall was “perhaps unmatched in the age of social media.” Weinstein was acquitted of first-degree rape, which requires proof of “forcible compulsion,” but convicted of third-degree rape, which involves the victim’s “lack of consent.”

Prosecutors, for their part, requested no specific term but asked Burke to craft a harsh sentence that reflected “a lifetime of abuse toward others, sexual and otherwise,” dating back to the 1970s, and a “total lack of remorse,” to deter Weinstein and others from similar conduct.

They alleged 16 instances of sexual harassment and assault for which Weinstein was never charged and cited numerous other accounts of violence and intimidation, saying he had hurled staplers at staff, threatened to castrate a board member and knocked his brother Bob unconscious at a business meeting.

Under New York law, Weinstein will be required to serve most of his sentence.

Raised in New York City’s borough of Queens, Weinstein graduated from the State University of New York at Buffalo in 1973 and started a concert promotion business. From there he made his way to art house films and, ultimately, the height of power in Hollywood.