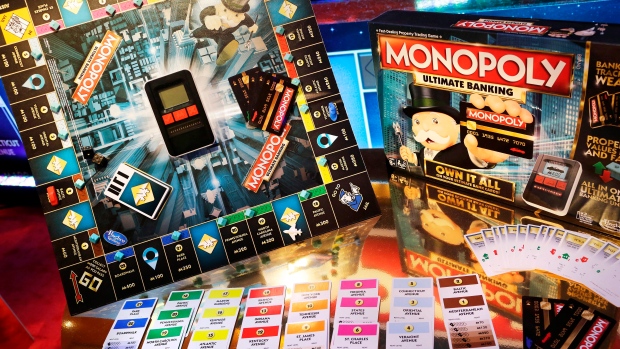 PAWTUCKET, R.I. -- Hasbro (HAS.O) returned to a profit in its fourth quarter, but the toy company's performance still fell short of Wall Street's expectations as it continues to deal with the demise of Toys R Us.

Shares tumbled more than 8 per cent in Friday premarket trading.

Stripping out one-time gains and costs, earnings were $1.33 per share. That's sharply below the $1.68 per share that analysts polled by Zacks Investment Research expected.

Revenue for the company based in Pawtucket, Rhode Island, dropped 13 per cent to $1.39 billion, short of the $1.52 billion Wall Street predicted.

Chairman and CEO Brian Goldner said in a statement that Hasbro wasn't able to recapture as much of the Toys R Us business during the holidays as it expected. The company was also contending with changing consumer shopping behaviours in Europe and reduced retail inventory, he added.

For the year, Hasbro reported an adjusted profit of $2.11 per share on revenue of $4.58 billion.