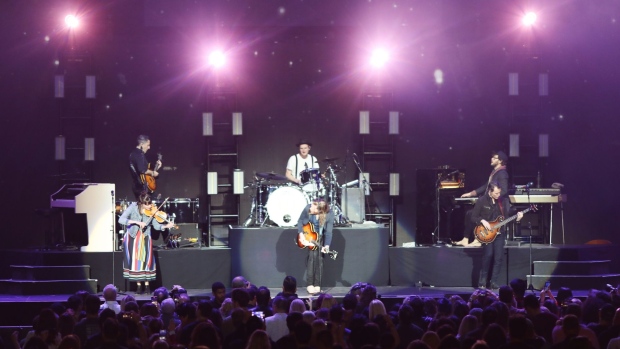 (Bloomberg) -- Hasbro Inc. agreed to sell its EOne Music business to private equity firm Blackstone Group Inc. for $385 million, offloading part of the Entertainment One operations that it acquired in 2019.

The cash deal is expected to close in the second or third quarter of this year, Hasbro said in a statement Monday. Under Blackstone, the music business will be run by its current global president, Chris Taylor.

Hasbro paid nearly $4 billion for EOne in a push to become a bigger force in entertainment. In addition to the music unit, the business has a film and TV studio known for children’s shows such as “Peppa Pig” and “PJ Masks.” It was the largest acquisition ever for Hasbro, which already had a track record of turning toy properties such as Transformers into movie franchises.

But Hasbro saw less need to own a music business, which may fit better with Blackstone’s assets. The investment firm owns SESAC, a music-rights organization. The EOne music label features artists such as the Lumineers, Snoop Dogg and Wu-Tang Clan.