Amanda Lang: Is this the beginning of the end for Hudson's Bay?

Hudson’s Bay Co. will go private in a deal valuing the Canadian retailer at $1.9 billion, a bid by a group of investors led by Chairman Richard Baker to try their hand at reinvigorating the fading 349-year-old department-store chain.

The board of Hudson’s Bay said it entered into an agreement with investors led by Baker after the group raised its offer price to $10.30 a share, up from $9.45 a share. It approved the offer after a recommendation by a committee of independent directors.

Attention will now turn to minority shareholders who came out against Baker’s earlier proposal. The company needs a majority of them to approve the new deal for it to go through.

Catalyst Capital Group and other investors had said Baker’s original offer undervalued a company that’s rich in real estate holdings. Representatives for Catalyst and for Jonathan Litt, an activist investor who’s also been critical of Baker, were not immediately available for comment. 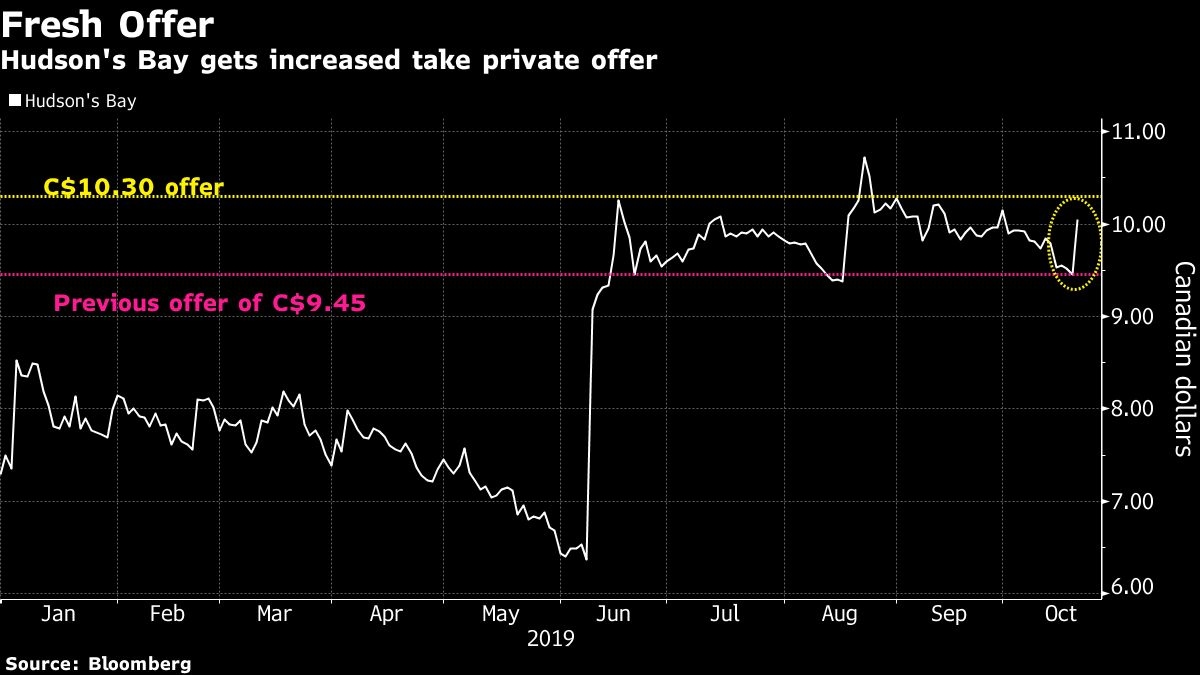 Baker and his investment group want full control of the retailer, which also owns Sak’s Fifth Avenue, to turn the business around outside the glare of public markets. While Saks has been the group’s bright star of late, the Canada-based Hudson’s Bay chain, the oldest company in North America, is removing 300 “unproductive” brands and bringing in another 100 in a turnaround effort.

A number of traditional retailers are struggling and closing stores as consumer preferences change and shoppers increasingly migrate online to competitors like Amazon.com Inc. Department stores in particular have struggled to attract new consumers and maintain sales.

Luxury focused chains haven’t been exempt from the fallout: Barneys New York Inc. filed for bankruptcy protection in August amid rising rent costs and a decline in visitors. A consortium led by Authentic Brands Group LLC has been selected as its initial bidder, with the group planning to open Barneys shops inside Saks stores owned by Hudson’s Bay, Bloomberg reported on Oct. 16, citing people with knowledge of the matter. 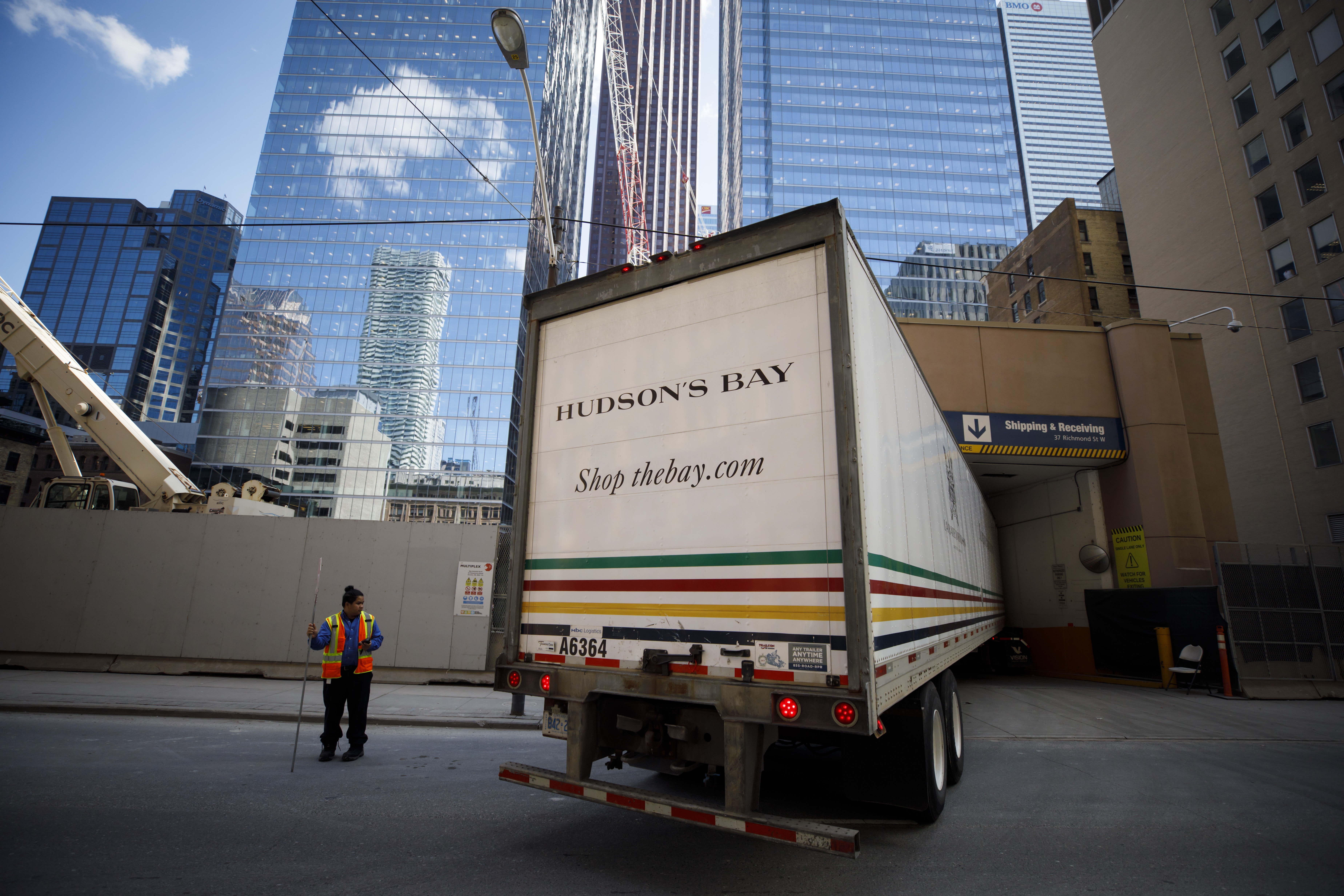 Is privatization the best option for Hudson’s Bay Co.?

Given the industry’s ongoing challenges, Hudson’s Bay said Baker’s new offer gives gives shareholders a chance to cash in at a price the stock is unlikely to meet any time soon on its own. The retailer will need to invest “substantial capital and resources” to remain competitive, while facing considerable cash needs to close some of its operations, it said.

The company also said external assessments of its real-estate portfolio helped it estimate its value at $8.75 per diluted share.

“Any potential redevelopment of the company’s real estate portfolio would require significant capital expenditures, involve material execution risk and a long time horizon,” on top of approval by joint-venture partners, it said.

The company has been trying everything to lower debt and stop its stock’s slide, most recently selling selling the operations of its Lord & Taylor department store chain to clothing rental subscription company Le Tote. Chief Executive Officer Helena Foulkes, who was brought in last year, also sold flash-sale e-commerce site Gilt and cashed out of European operations.

The stock traded as high as $10.72 in August on expectations the bid would be raised. It was back at $9.45, the original offer price, at the end of last week. Over the last five years, the stock has lost about half of its value.

“It’s good to see that there’s a resolution with a good, formal take-private offer and a cash bid, and I think that should be a good resolution for a lot of people,” Greg Taylor, chief investment officer at Purpose Investments, said on BNN Bloomberg. “Certainly a lot of people would have wanted a lot more from this but in the current dynamics around department stores in North America, I think this is probably as good as they could have hoped.”

--With assistance from Divya Balji and Scott Deveau.