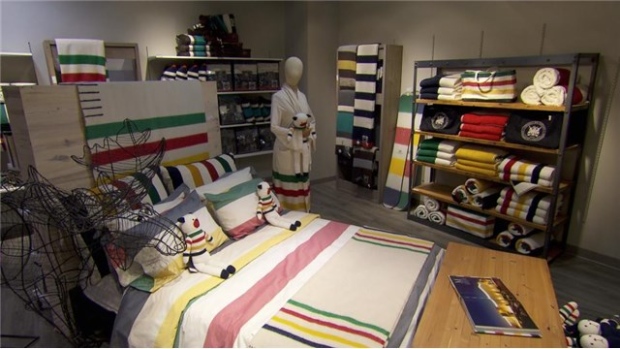 Hudson’s Bay Co. (HBC.TO) needs to unlock the value of its real estate assets if it wants to avoid the fate of its rival Sears, says an activist investor targeting Canada’s oldest retailer.

“Sears has been trying to remake itself as a department store and has not been — until recently — focused on monetizing the real estate,” Jonathan Litt, founder and chief investment officer of Land & Buildings told BNN in an interview. “I think here [with HBC] if they focus on the real estate sooner rather than later, investors will be better off.”

Sears Canada is reportedly close to seeking creditor protection as the embattled department store deals with declining sales. HBC has fared better, but earlier this month, shares plunged when the company reported disappointing quarterly earnings and said it was cutting 2,000 jobs.

Litt, who has acquired a 4.3 per cent stake in HBC, is urging the department store chain to tap into its real estate assets by selling or redeveloping some of its sought-after locations. “We have seen the department store business under pressure and the highest and best use [of these locations] has increasingly become other options.”

While the current operations are profitable in those locations, HBC could make even more by selling or leasing the space to other retailers, Litt said.

“What would a boutique retailer — think Apple, Gucci, etc. — pay to have frontage on Fifth Avenue across from Rock Centre and what kind of traffic would they generate?” he said.

Shares of HBC traded around $10.85 per share on Wednesday. Shares have rallied more 20 per cent since Monday when Litt published his letter.

Litt has not spoken with HBC managers since circulating his letter, but he says the company’s board and managers are uniquely positioned to capitalize on the company’s real estate wealth.

“This board is a real estate board, as is management — which is also unique in the department store industry — and they have done a very good job in identifying the real estate,” he said. “The next step is to more aggressively redevelop those locations.”

As for Sears, that retailer never showed the same real estate potential as HBC, he said.

“Even when Sears [Holdings] was taken over by Eddy Lampert, we didn’t think there would be enough real estate value for that to be the opportunity,” said Litt.