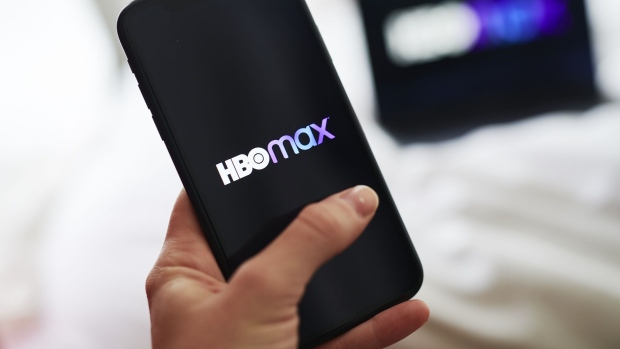 Signage for the AT&T Inc. WarnerMedia HBO Max streaming service is displayed on a smartphone in an arranged photograph taken in the Brooklyn Borough of New York, U.S., on Thursday, May 28, 2020. About 90,000 people downloaded the HBO Max mobile app on its first day, Wednesday, according to the measurement firm SensorTower Inc. , Bloomberg

(Bloomberg) -- Warner Bros. Discovery Inc. is firing about 70 workers who work at HBO and HBO Max, the latest round of cutbacks after its parent company merged with Discovery Inc.

The cuts affect 14% of the staff under HBO Chief Content Officer Casey Bloys and fall heavily on a group that makes live-action programs for kids and families, an area the company is now deemphasizing. Bloys is also consolidating the HBO and HBO Max comedy development teams into one group, the company said Monday.

Warner Bros. Discovery, formed in April through the combination of Discovery and AT&T Inc.’s WarnerMedia division, has been cutting costs to reduce the debt needed to finance the deal. Chief Executive Officer David Zaslav has said he’ll wring at least $3 billion in annual savings.

Zaslav has surprised the media industry with moves such as shutting down the recently launched CNN+ streaming service and axing an almost finished film, “Batgirl,” which was to run on the company’s HBO Max streaming service. Zaslav has said his emphasis will be on fewer, higher-quality films and TV shows.

HBO has weathered several rounds of restructuring in recent years. Its former owner AT&T created a separate programming team for the new streaming service HBO Max that was led by Kevin Reilly and Sarah Aubrey. It later consolidated most of the programming for both HBO and HBO Max under Bloys. Reilly left while Aubrey remained.

Zaslav has expressed confidence in Bloys, who signed a five-year contract earlier this year.