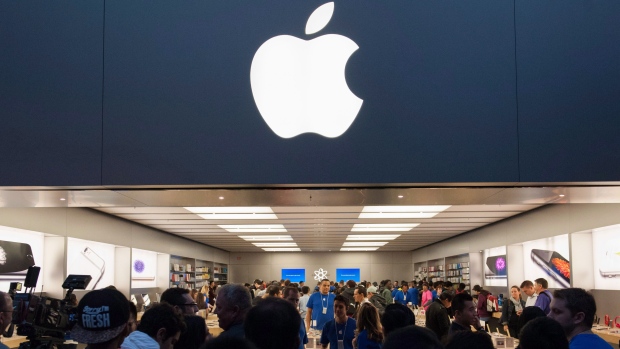 Customers wait outside the Apple store at the Eaton Centre in Toronto, Ont. on Friday, Sept. 19, 2014. , THE CANADIAN PRESS/Hannah Yoon

Brent Johnston has left Apple’s Canadian division, according to sources familiar with the matter, after serving as senior managing director for more than two years.

The departure is said to be amicable, according to sources, as Johnston pursues new opportunities.

“He’s a veteran,” Lawrence Surtees, a telecom analyst with IDC Canada, told BNN Bloomberg in a phone interview. “He definitely has more opportunities than most.”

A spokesperson for Apple declined to comment on the departure.

Johnston played a key role in continuing to grow Apple’s sales presence in the Canadian market.

Prior to joining Apple, Johnston served as a long-time executive at Telus, earning a reputation as a strong operator in the telecom market.

“Brent was a solid leader in the consumer telecommunications space,” telecom analyst Mark Goldberg of Mark H. Goldberg & Associates told BNN Bloomberg in a telephone interview.  “I hope that he’ll continue to bring that level of expertise into the Canadian market.”