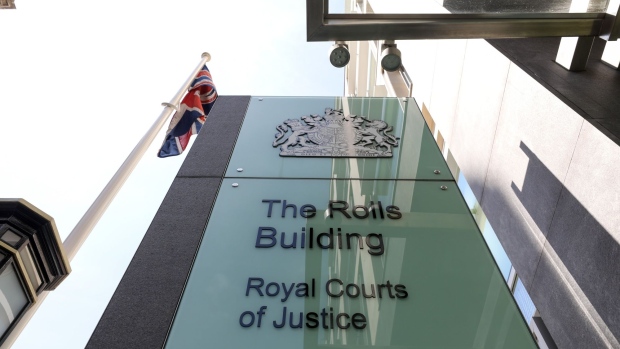 Nigeria cooked up fictitious allegations in a politically motivated campaign to dodge a massive $11 billion arbitration award, a hedge-fund backed firm claimed at a London trial over the legality of the disputed payout.

Process & Industrial Development Ltd., jointly owned by a British lawyer’s litigation funding firm and VR Capital Group Ltd., said in filings prepared for the trial that Nigeria is a society “where the rule of law is patchy” and that authorities imprisoned people close to P&ID in “shocking conditions” to pressure them into false confessions.

“The villain of this case is not my client,” P&ID’s lawyer David Wolfson said in court on Tuesday. “Instead, it is the all too familiar story of institutional incompetence and buck passing” in Nigeria, Wolfson said. Nick Marsh, another attorney for the company, said in a separate statement that it denies all allegations of wrongdoing. “This is not Nigeria’s first attempt to set aside the long-standing awards in P&ID’s favor,” he said. “Those previous attempts failed.”

The firm’s response follows Nigeria’s allegations that P&ID bribed government officials in Nigeria to secure a 20-year free gas supply contract in 2010. After the deal failed, P&ID started an arbitration case and bribed legal officials working for or hired by the previous government to collude with the company to win a $6.6 billion award for lost profits in January 2017, the country’s lawyers have alleged.

The amount has now swelled to $11.1 billion including interest and is about a third of the forex reserves of the largest economy in Africa. If the firm, which has been backed by the hedge fund since late 2017, wins the case and can continue efforts to enforce the award, the liability could increase the cost for the government of raising money on international capital markets and put its overseas assets at risk of seizure.

“There are many documents that are as close to a smoking gun as one will ever see in a fraud case,” Mark Howard, a lawyer for Nigeria, had said in court on Monday. He cited multiple payments by P&ID that were allegedly bribes coded as “dash” and “Dublin expenses” and chats asking individuals to delete and burn evidence.

P&ID’s allegations of “political motivation or mistreatment are simply a tactic intended to prejudice and divert, rather than tackle the fundamental issue of whether the fraud took place,” Nigeria’s spokesperson said in an emailed statement on Tuesday. Nigeria’s stand is supported by the evidence that P&ID has paid bribes “on an industrial scale,” the spokesperson said, citing arguments of the country’s lawyer.