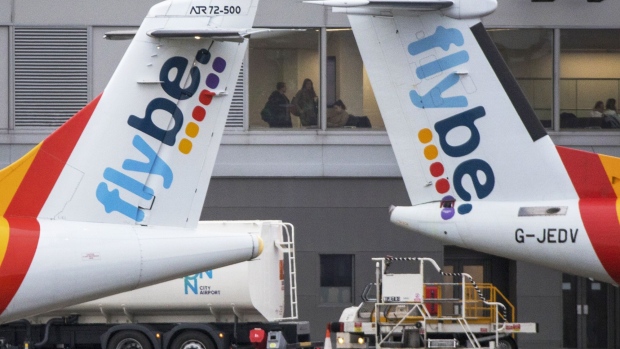 Hedge fund Cyrus Capital is in negotiations with Flybe’s administrator, Ernst & Young, to reacquire some of the airline’s assets.

A shareholder of Flybe before its collapse this year, Cyrus wants to relaunch a smaller version of the failed carrier next year, Sky reported on Saturday, without saying how it obtained the information.

Both Cyrus Capital and EY declined to comment to Sky.

A number of former executives of the British airline are involved in the plan, the report says. A precise timetable would depend on demand and the removal of coronavirus lockdown measures.

Flybe went into administration in March after last-ditch talks about a U.K. government bailout failed.