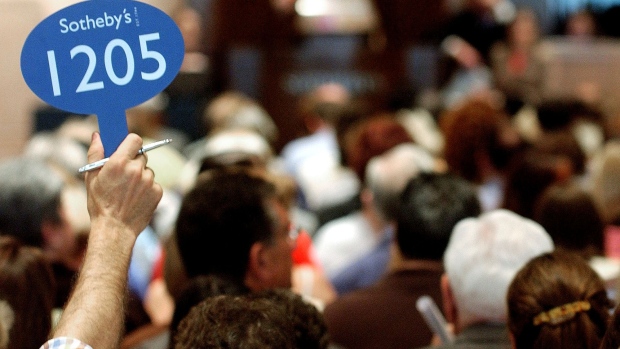 (Bloomberg) -- Investor Alexander Klabin, who earlier led an unsuccessful effort to buy Sotheby’s, has acquired a minority stake in the auction house.

Klabin will be executive chairman of Sotheby’s Financial Services and will be in charge of modernizing its underwriting processes as well as improving its access to capital markets, Sotheby’s said Wednesday in a statement that didn’t include terms.

Formed more than three decades ago, Sotheby’s Financial Services has originated about $6 billion in art-backed loans and currently has a loan book of about $800 million. It has also become an important pipeline for consignments as the collateral often ends up on the auction block.

Art-secured loans have jumped 40% since 2016 to at least $21 billion globally, according to Art & Finance Report 2019 by Deloitte.

(Updates to include Klabin’s new firm in fourth paragraph. An earlier version of this story corrected the scope of his stake.)