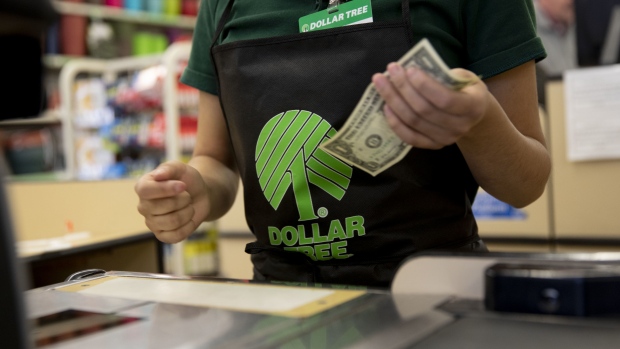 (Bloomberg) -- Mantle Ridge has been speaking to investors about raising a special purpose vehicle to build a stake in discount retailer Dollar Tree Inc., according to people familiar with the matter.

The New York-based hedge fund has reached out to sovereign wealth funds and family offices regarding the potential vehicle, said the people, who asked to not be identified because the matter isn’t public. No final decision has been made and Mantle Ridge could opt against pursuing an investment. It’s not clear what kind of changes Mantle Ridge may seek at the Chesapeake, Virginia-based company.

Tracing its roots to a variety store started in the 1950s, Dollar Tree pioneered the concept of selling everything from toothpaste to toys for $1. The parent of Dollar Tree and Family Dollar stores has begun moving away from that model as inflation, supply-chain constraints and shifting consumer tastes impact its bottom line. That’s forced it to consider raising prices across its more than 15,000 stores in the U.S. and Canada.

“The Dollar Tree banner is more sensitive to freight cost than others in the industry. Our products have lower price points than other retail importers,” Chief Executive Michael A. Witynski said in its earnings call in August. “And as a result, our freight costs are a higher percentage of our gross merchandise margin.”

The company’s second-quarter sales missed analysts’ estimates, and its forecast for the current quarter disappointed investors. In September, its shares jumped the most in more than two decades after it said it would increase its share-repurchase authorization and move above the $1-an-item price point.

This wouldn’t be the first time Dollar Tree has been targeted by an activist. In 2019, Starboard Value took a stake in Dollar Tree, and called on the company to implement changes, including spinning off its Family Dollar business. It also nominated seven directors to the board before dropping its proxy fight.