Add professional traders to the ranks of investors bailing from stocks as anxiety over the omicron variant and monetary policy roil markets.

Hedge funds, which use borrowed money to amplify returns, have gone risk-off in a major way just as the S&P 500 endured its biggest two-day rout since October 2020. Net leverage, a measure of industry risk appetite that takes into account long versus short positions, fell to a one-year low this week, according to data compiled by Goldman Sachs Group Inc.’s prime brokerage.

The move is in contrast to retail traders, who renewed their manic dip buying after Tuesday’s rout, pushing stocks higher by almost 2 per cent earlier in Wednesday’s session. Then Jerome Powell reinforced his message that the Federal Reserve would keep inflation in check and officials confirmed the first case of the omicron variant in the U.S. That sparked an afternoon selloff that left the S&P 500 with its biggest reversal since April 2020.

Few corners of the market were spared, as small caps gave up a 2.5 per cent surge to end lower by more than 2 per cent. Bitcoin dropped below US$57,000, oil hit US$65 a barrel and Treasuries rallied on demand for safety. The S&P 500 is now down 3.1 per cent in two sessions and more than 4 per cent from its last record on Nov. 18. 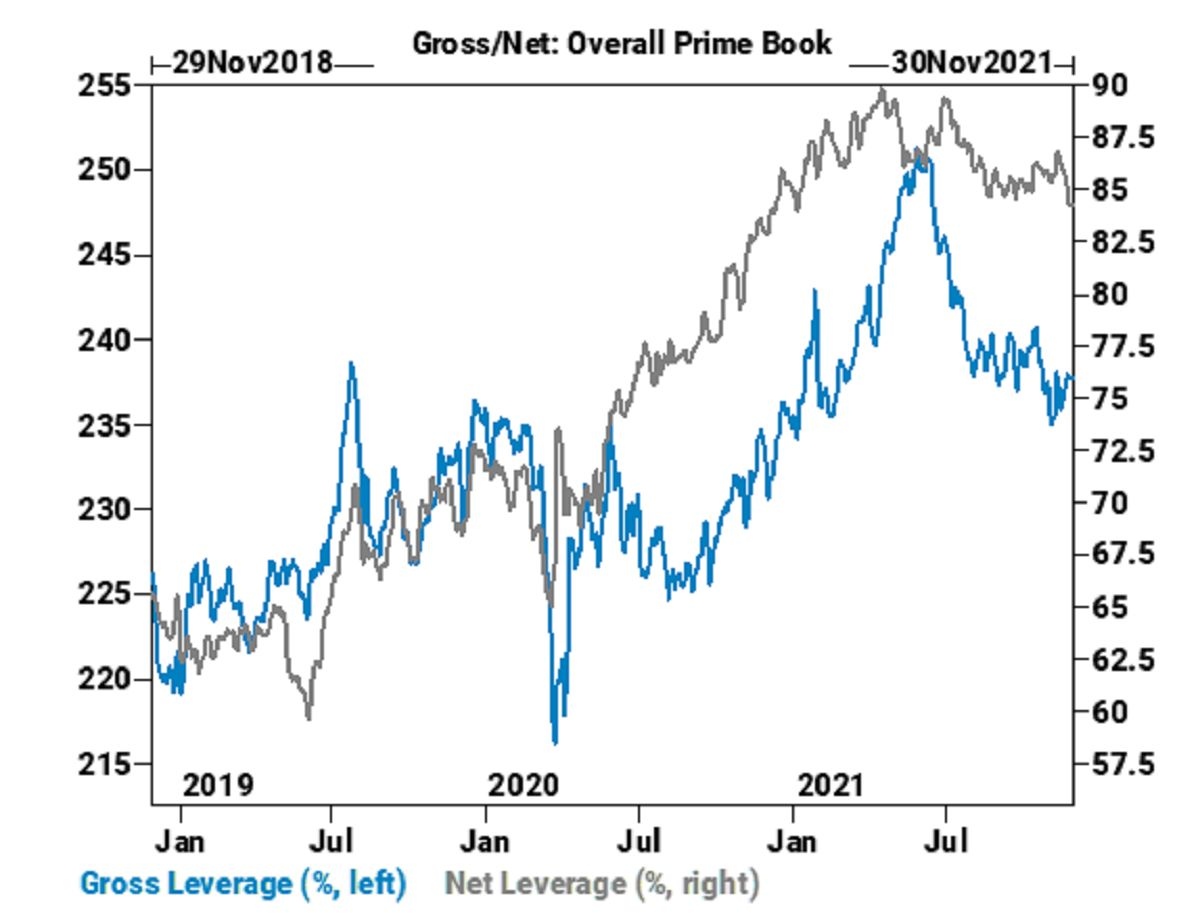 The reasons for the mass exodus are varied. Some managers pointed to tax-loss harvesting ahead of the end of the year, while others suggested investors were rushing to lock in gains that topped 20 per cent. Front and center remains the change in tone from the Fed.

“We’ve seen inflation be more persistent. We’ve seen the factors that are causing higher inflation to be more persistent,”  Powell told lawmakers Wednesday after decommissioning the term transitory to describe higher prices a day earlier. The upshot has been a rush to reprice assets with the prospect of higher interest rates sooner than investors had been anticipating.

Separate data on hedge fund positioning from Bank of America Corp. showed a similar trend of deleveraging. The firm’s hedge-fund clients dumped more than US$2 billion of stocks last week, exiting the market at the fastest pace since April.

Professional managers are often quicker to sell because of pressure to deliver returns, according to Mark Freeman, chief investment officer at Socorro Asset Management LP. After their concentrated bets on expensive technology shares backfired last week, hedge funds now face a fast-closing window to bolster a year of spotty performance.

That aversion to risk probably underlined the latest rout in unprofitable tech shares, a group that usually sells off when long-end Treasury yields spike. On Wednesday, however, 10-year yields slipped and a Goldman basket of extremely expensive software stocks plunged 7.1 per cent. 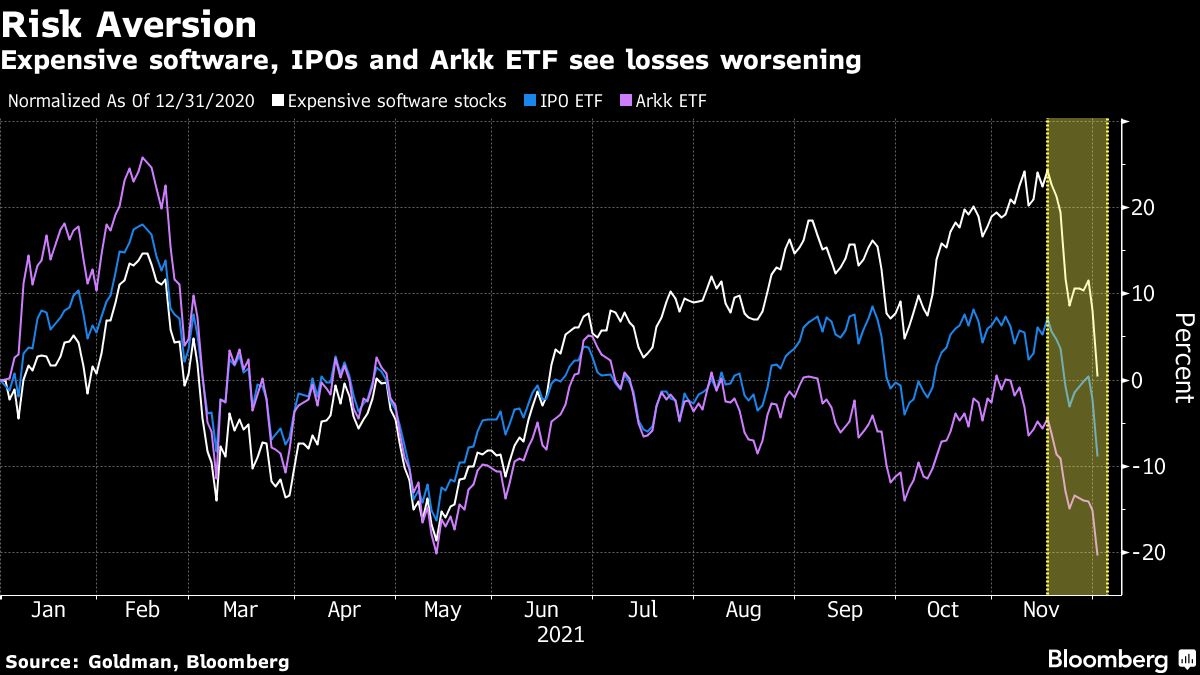 “There is a certain element of trying to preserve performance for the year, as opposed to seeing it get wiped away here on the last few weeks of the year,” Freeman said by phone. “It was just assumed that we would have this year-end rally. And as soon as that came into doubt, you do see a lot of repositioning.”

Speculative names bore the brunt of the selling Wednesday. The Renaissance IPO ETF (ticker IPO), tracking recent initial offerings -- with many having yet to earn money -- tumbled 6.8 per cent, the most since March 2020. Growth stock fan Cathie Wood saw her flagship ARK Innovation ETF (ARKK) dropped 6.7 per cent to a one-year low.

The trepidation was also obvious among traders in exchange-traded funds. After attracting about US$10 billion of fresh money during Friday’s carnage, equity-focused ETFs saw withdrawals totaling US$1.6 billion Tuesday, data compiled by Bloomberg show.

“It’s a pretty good indicator of just how fragile the sentiment is right now,” Freeman said. “So you see that it doesn’t take much to kind of knock it off.”