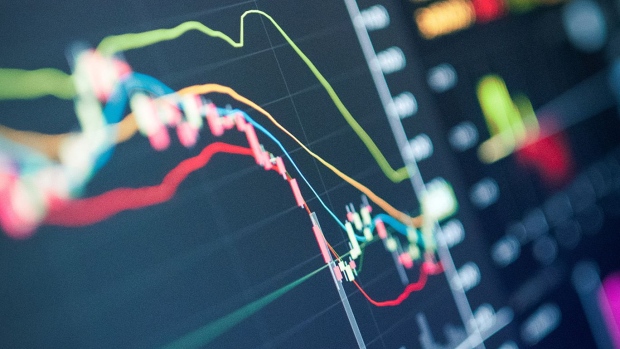 The U.S. Justice Department has launched an expansive criminal investigation into short selling by hedge funds and research firms, scrutinizing their symbiotic relationships and hunting for signs that they improperly coordinated trades or broke other laws to profit, according to people familiar with the matter.

The probe, run by the department’s fraud section with federal prosecutors in Los Angeles, is digging into how hedge funds tap into research and set up their bets, especially in the run-up to publication of reports that move stocks.

Authorities are prying into financial relationships between hedge funds and researchers, and hunting for signs that money managers sought to engineer startling stock drops or engaged in other abuses, such as insider trading, said two of the people, asking not to be named because the inquiries are confidential.

Underscoring the inquiry’s sweep, federal investigators are examining trading in at least several dozen stocks, including well-known short targets such as Luckin Coffee Inc., Banc of California Inc., Mallinckrodt Plc and GSX Techedu Inc. And they’re scrutinizing the involvement of about a dozen or more firms -- though it’s not clear which ones, if any, may emerge as targets of the probe. Toronto-based Anson Funds and anonymous researcher Marcus Aurelius Value are among firms involved in the inquiry, the people said. Other prominent firms that circulated research on stocks under scrutiny include Carson Block’s Muddy Waters Capital and Andrew Left’s Citron Research.

The U.S. probe opens yet another front in an already treacherous era for those who try to profit on stock drops. Some bearish funds threw in the towel as government stimulus buoyed prices during the pandemic. That pressure intensified as retail investors organized counterattacks on popular short targets, bidding up shares to inflict losses on hedge funds this year. By late January, Citron vowed to give up short-selling research and focus on long bets.

Meanwhile, companies criticized by short sellers have become increasingly bold in firing back, sometimes launching legal battles even as they face government probes that ultimately support short sellers’ theses. A number of corporate executives have been hoping U.S. authorities might help to further shift the focus to investors’ tactics.

Still, successfully bringing charges against short sellers could be challenging, given that betting against companies and publishing research believed to be accurate is lawful and even beneficial for markets. So far, nobody has been accused of wrongdoing, and authorities may ultimately decide not to pursue charges.

Government attorneys are trying to determine whether short sellers engaged in some form of deception -- say, by misleading the public about their financing of what appears to be independent research, violating confidentiality agreements with authors, or orchestrating stock plunges to panic shareholders and exacerbate selling.

Spokespeople for the Justice Department and Muddy Waters declined to comment, and there was no response to messages sent to Anson Funds and Aurelius.

An attorney for Citron said he’s aware of an industry probe but that it’s routine for U.S. investigators to open and close cases. He expressed doubt that their theories would be borne out.

“Citron Capital and Mr. Left are successful because they do quality research and keep their reports secret from other short sellers until publication,” said the lawyer, James Spertus. “There is simply no truth behind any theory that short sellers coordinate amongst themselves before publishing reports, at least in regard to publications by Citron Capital and Andrew Left. I am hopeful that anyone investigating the issue will reach that conclusion as soon as possible.”

Hedge funds are known to strike a wide variety of deals with researchers, sometimes paying handsome subscription fees for fresh insights into possible corporate trouble, or even becoming an author’s primary source of funding. In one example, prominent financial investigator Harry Markopolos, who normally makes money from whistle-blower awards, said he partnered with a hedge fund to share profits when he released a report on General Electric Co.

Some hedge funds have been known to suggest targets to researchers, who then deliver scathing reports.

One cautionary tale emerged in court after Dallas-based Sabrepoint Capital agreed to pay a short-selling researcher a monthly retainer of US$9,500 in 2018. Sabrepoint encouraged him to dig into real estate company Farmland Partners Inc. The researcher, who also wrote publicly under a pseudonym, later published an article on Seeking Alpha, setting off a 39 per cent drop in Farmland’s share price. The company sued and used a judge’s order to force him to reveal his identity: Quinton Mathews.

Mathews later said in a statement that he subsequently learned his article “contained inaccuracies and false allegations” and retracted it. He and Farmland reached a settlement. Sabrepoint has said it didn’t know about the Seeking Alpha article.

Farmland also is on the list of stocks that the Justice Department is examining. Lawyers for Sabrepoint and Mathews declined to comment.

The Justice Department unit handling the inquiry already has a formidable reputation on Wall Street. It recently brought several cases against global banks and traders for illegal spoofing of precious metals and Treasury futures. As part of that probe, JPMorgan Chase & Co. paid more than US$900 million in penalties after its traders placed and canceled orders for commodities to benefit positions held by the bank or prized hedge fund clients. Those cases were brought by analyzing trading data for suspicious patterns and then attributing it to individual traders.

While prosecutors in the short-selling investigation issued subpoenas as recently as October, the effort has been underway much longer, the people said.

The inquiry gained momentum after U.S. lawmakers called for more scrutiny of short sellers following the so-called meme-stock trading frenzy that erupted in January. In a single week that month, retail investors sent the price of GameStop Corp. soaring more than 700 per cent before brokerages began limiting bets. Some organizers of the buying spree claimed hedge funds had been unfairly using their market clout to drive down stocks.

Lawmakers have since held multiple hearings on the fracas, at times discussing whether to force short sellers to boost disclosures.

Concerns about how short sellers carry out attacks have arisen repeatedly over the years.

The Securities and Exchange Commission and Justice Department have gone after hedge funds for running “short and distort” campaigns. The practice typically involves setting up bearish bets, then releasing misleading or inaccurate information about a company to drive down the price before closing out the position for a profit.

But there are also concerns about the impact that earnest research can have when it’s sprung by surprise on the market.

Mitts examined more than 1,700 reports made by pseudonymous short sellers from 2010 to 2017, concluding that they contributed to more than US$20 billion in dislocated values or temporarily mispriced stocks.

Academics have been encouraging U.S. authorities to address the possibility that short sellers are laying out their cases against stocks, then using the impact of that news to quickly reap gains and quietly move on.

Early last year, Mitts and about a dozen other prominent securities-law professors urged the SEC to write rules requiring that short sellers who voluntarily reveal bets against a stock be required to disclose when they’ve exited the position. The professors also asked the regulator to write a new rule that would make closing a short position immediately after disseminating a negative report -- with an intent to do so upon publication -- constitute market manipulation.