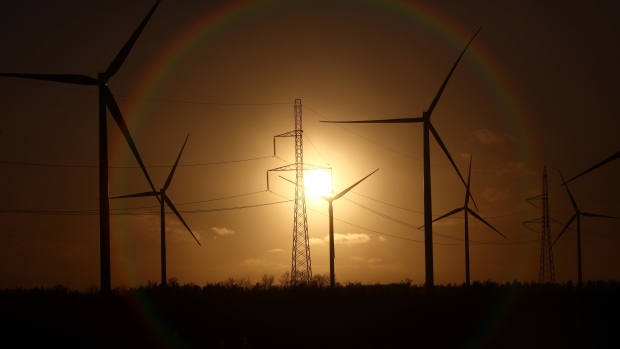 (Bloomberg) -- Hedge fund managers and private equity firms may try to steer clear of EU ESG fund designations to avoid any potential legal risks that might stem from misinterpreting the rules.

“There are certainly concerns,” said Anna Maleva-Otto, a partner at Schulte, Roth & Zabel LLP, whose clients are mostly US and UK-based alternative investment managers. “US managers in particular -- because the United States tends to be such a litigious jurisdiction -- are concerned about future investor claims for misselling.”

The rules in question are part of the EU’s Sustainable Finance Disclosure Regulation, which applies to all investment managers targeting EU clients. A key feature of SFDR is its two main ESG disclosure categories: Article 8, whereby a fund manager claims to “promote” environmental, social and governance factors, and Article 9, where the “objective” is sustainability.

But the EU has yet to adequately define what it means by a “sustainable” investment, with potentially hundreds of fund reclassifications as asset managers get wrong-footed by unclear rules. Sudden changes in a fund’s designation have the potential to anger investment clients and draw disapproval from regulators.

“It’s put off some managers from pursuing either designation,” Maleva-Otto said.

The EU’s three supervisory authorities sent a joint letter to the EU Commission on Sept. 9, in an effort to get a clear definition of basic ESG concepts such as what constitutes a “sustainable” investment. The EU Commission has yet to respond.

“It’s a bigger problem on the retail distribution side, but of course it does trickle up to alternative managers,” Maleva-Otto said.

For example, “we have the new requirements for EU distributors to take sustainability preferences into account when recommending an investment to their investors,” she said, referring to a MiFID2 amendment that took effect in August. “So when alternative funds ultimately get distributed in the EU through private wealth management networks, then I think it will be very difficult.”

(For more on ESG news, click on TOP ESG.)

Impact | A wave of political attacks on ESG that have led to changes in legislation across several Republican states will probably “restrict” impact investing in the US, according to hedge fund adviser NorthPeak. In an analysis sent to clients and seen by Bloomberg, NorthPeak characterized an anti-ESG campaign led by key GOP figures as resting on a misconception of the investment model. The paper, titled The Perversion of the ESG Label, called the “ferocity and scale” of the criticism “unprecedented,” and urged funds to step up efforts to educate stakeholders as part of a coordinated plan to defuse tensions.

Legal Risks | Bankers have every reason to be worried about the risk of litigation after declaring their commitment to net-zero goals, according to lawyers advising the industry. Members of the Glasgow Financial Alliance for Net Zero, by far the biggest climate club for banks and investment professionals, “find themselves between the devil and the deep blue sea on climate targets,” said Sonali Siriwardena, partner and global head of ESG at Simmons & Simmons in London.

Simpler Labels | The UK is making simplicity and transparency a priority in the crafting of upcoming ESG rules for asset managers, according to the nation’s financial regulator. The rules aim to counter the rise of greenwashing claims in the fund industry, said Mark Manning, a technical specialist for sustainable finance and stewardship at the Financial Conduct Authority.

EV Regulations | South Korea needs to improve regulations on electric vehicles and carbon emissions for foreign carmakers, such as approving emission reduction standards, executives at Volvo Trucks Korea and Mercedes-Benz Korea said at conference in Seoul. “South Korea’s regulations on EVs are based on those of internal-combustion engine cars, and the country needs more comprehensive and detailed rules on EVs,” Hongjoong Kim, a director at Benz Korea, says at press press conference hosted by European Chamber of Commerce in Korea.

EBA Climate Talks | European regulators are considering whether to make potential losses from climate change a regular part of bank stress tests, an approach that may weigh on the dividends lenders pay to investors, according to people familiar with the matter. The European Banking Authority’s board of supervisors kicked off discussions last month on how to incorporate climate risks in the tests that take place every two years.

CO2 Permits | In a bid to secure a deal this month, the Czech government, which holds the European Union’s rotating presidency, proposed a compromise on tapping the bloc’s carbon market to help finance a shift away from Russian fossil fuels. The European Commission, the EU’s executive arm, in May floated the idea of selling 20 billion euros ($19.5 billion) worth of permits withdrawn from the market and kept in the Market Stability Reserve.

Grid Overhaul | The European Union’s executive branch will lay out a plan to digitalize its energy grid as it seeks to spur the roll out of renewables to reduce its dependence on Russian fuel.

EU Carbon Tax | The Carbon Border Adjustment Mechanism (CBAM) would be the first-ever transnational carbon tax, charging EU companies for the emissions embedded in the products they import. The current proposal means EU importers may pay more than €33 billion a year for their non-European inputs, in a maximum scenario of the EU carbon price at €100 a metric ton. The tax may help level the playing field for domestic producers, which are subject to rising EU carbon prices, and prompt non-EU companies to reduce emissions to remain competitive in the bloc.

US, China Hit | North American and Chinese chemical companies’ competitiveness may be diminished in Europe if the new EU transnational carbon tax is approved without changes from the June 22 European Parliament vote. In 2021, the two countries combined to account for more than 35% of the organic chemical imports into the EU.

Vanguard | Beyond the pressure from political activists, Vanguard Group may ultimately be targeted by regulators. Warren Buffett has said the expansion of index funds may become a public-policy issue since there’s likely nothing to stop Vanguard and BlackRock -- and the largely passive funds they sell -- from growing much faster than the rest of the industry. The current SEC rule, from 1940, bars a fund from owning more than 10% of a company. But a fund complex can own as much as it wants. Vanguard and BlackRock may eventually own a combined 30% of most American companies, though they’re likely to come under regulation beforehand.

Twitter and Musk | Twitter’s chances of winning a lawsuit forcing Elon Musk to close on his M&A grew stronger after FTC Chair Lina Khan’s Sept. 20 congressional testimony critiqued her agency’s 2011 consent order with Twitter as a “legacy approach” that lacks the “bright-line prohibitions and requirements” of more recent orders. Since its 2011 decree is the only tool the FTC has to penalize Twitter for security failures that whistle-blower Peiter Zatko has alleged, Khan’s comments will make it difficult for Chancellor Kathaleen McCormick to say a future FTC penalty is likely to rise to a “material adverse effect.”

Taxonomies | Floods, droughts and food shortages are just some of the effects of climate change, while exploitation and corruption drive social injustice around the world. Governments tackling these issues are realizing that to solve them, they need to first define and measure them. Some are turning to so-called taxonomies that establish which economic practices and products are harmful to the planet and which aren’t. The idea is the price of goods and services must reflect the human and environmental cost of both production and disposal, which in turn would spur much-needed change. But designing a code is fiendishly difficult.

ESG Loans | Virtue can bring rewards, as more companies are discovering when they reach out for a loan. Some banks offer borrowers discounts if they meet targets for cutting pollution, reducing food waste or even assisting job seekers. To give incentives teeth, there are penalties for missing goals. Global issuance of loans linked to borrowers’ ESG performance surged to almost $500 billion in 2021 from $4.9 billion in 2017 when the first such deal was created.

Circular Economy | Take, make, use, dispose. For decades, this has been the standard approach to production and consumption. Companies take raw materials and transform them into products, which are purchased by consumers, who ultimately toss them out, creating waste that ends up in landfills and oceans. Worried about climate change and environmental degradation, people are challenging the sustainability of this linear model and urging a so-called circular economy of take, make, use, reuse and reuse again and again.

ABC | You’ve probably heard of ESG, and may know it as a form of investing and finance that involves considering material financial risks from environmental factors, social issues and questions of corporate governance. If you’re like most people, you’re probably not clear on the difference between ESG and socially responsible investing, impact investing and similar, sometimes overlapping approaches -- in part because ESG has come to mean different things to different people. That vagueness has helped fuel rapid growth in recent years. But accompanying those gains has been increased scrutiny from regulators cracking down on banks and investment firms making exaggerated claims.

Run NSUB ESG to subscribe to the ESG newsletters listed below: