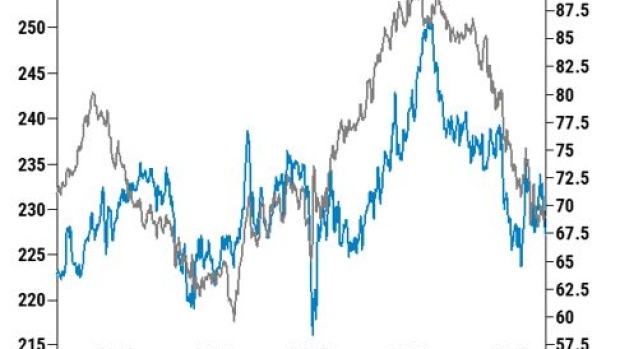 (Bloomberg) -- Theories that this week’s big runup in stocks was fueled by equity skeptics getting forced out of bearish positioning are borne out by the data.

With the S&P 500 mounting a 2% gain Wednesday, professional speculators such as hedge funds piled into shares while unwinding bearish wagers. Their nominal net purchases reached the highest level in more than three months, according to data compiled by Goldman Sachs Group Inc.’s prime broker.

The splurge shows the extreme pressure facing institutional investors to keep up with an advance that has pushed the Nasdaq 100’s gain since the bear-market’s low past 20%, a threshold viewed by some as a sign a new bull cycle may have started. Haunted by the market’s worst first half in decades, many money managers slashed their equity exposure to the lowest level since the global financial crisis.

Not that things have improved dramatically. Officials at the Federal Reserve have warned the central bank was a long way from ending its tightening cycle. And a cycle of likely downgrades in earnings forecasts just got under way. Yet with funds so defensively positioned, even the slightest good news was enough to light up a rally. As gains snowballed, many skeptics may have been forced to jump in, or to at least reconsider where the market is in the cycle.

“We suspect that the majority of this repositioning has been involuntary. There was plenty of evidence of short covering and the unwinding of hedges,” said Michael Shaoul, chief executive officer of Marketfield Asset Management. “Whether this represents a sustainable shift in sentiment remains to be seen, but the power of this rally has certainly placed it in the pantheon of bear market rallies if it does prove to be a chimera.”

Macro products, such as index and exchange-traded funds, dominated hedge fund buying on Wednesday, according to client data compiled by Goldman analysts including Vincent Lin. Among single stocks, technology firms and banks drew most interest.

Broadly speaking, the industry’s equity exposure remains tame, Goldman’s data show. Net leverage, a measure of the group’s risk appetite that takes into account bullish versus bearish positions, is stuck in the 10th percentile of a one-year range. That means, there is a lot of room for money managers to gear up for more upside, if they’re willing.