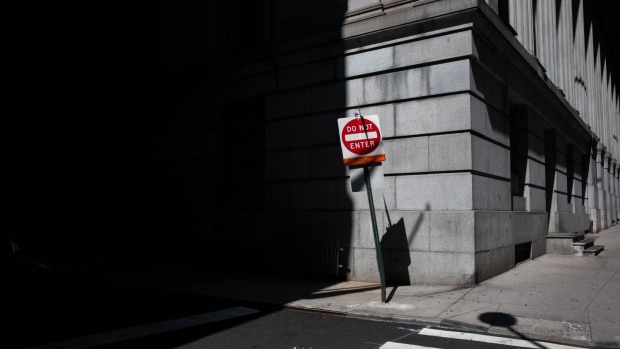 (Bloomberg) -- A controversial U.S. Securities and Exchange Commission plan that would let many hedge funds conceal their stock picks is generating pushback from an unlikely source: hedge funds.

The industry’s main trade group is questioning whether the SEC fully considered the impact of significantly slashing the number of firms that have to disclose their holdings. The Managed Funds Association, in a comment letter posted Friday on the regulator’s website, urged the agency to do more analysis before moving forward.

“The proposing release underestimated the costs associated with the loss of publicly available information,” the Washington-based group said in a letter dated Sept. 29.

At issue is a July SEC proposal that would mark a dramatic overhaul of fund reporting rules that haven’t been updated in 40 years. Under the regulator’s plan, only investors who hold at least $3.5 billion in equities would have to reveal their holdings quarterly, an increase from the current threshold of $100 million. Stock holdings are disclosed in what are known as 13F filings.

The MFA said it supports the SEC’s efforts to review disclosure rules. Still, the trade group’s skepticism adds another hurdle for a plan that has already been blasted by public companies, investor advocates and mutual funds. While those industries often clash over financial regulations, they’ve been mostly unified in expressing concerns in comment letters to the SEC.

Corporations have been the most vocal critics, arguing the revamp would make it far more difficult to figure out who owns their stock and allow activist investors to stalk business targets covertly. Investor groups have similarly said the proposal would be bad for transparency.

The SEC has said the changes would reduce regulatory burdens for smaller managers and still let regulators keep tabs on holdings of the biggest funds, which own the vast majority of stocks. However, such a large increase in the trigger point would likely lead to stock holdings going dark for billionaire investors like John Paulson, Stanley Druckenmiller and George Soros.

By raising the disclosure threshold to $3.5 billion, the SEC estimated that industry compliance costs would be cut by as much as $136 million a year. The agency added that almost 90% of smaller fund managers would no longer have to file 13Fs, but more than 90% of U.S. stock holdings currently reported would continue to be publicly disclosed.

The MFA said that its analysis suggests the SEC is overestimating both the cost savings and the significance of the potential benefits.

“We believe that the SEC should reconsider the net benefits to managers given the relatively small amount of direct cost savings and the increased costs associated with the loss of information,” the MFA said in its letter.

The Alternative Investment Management Association, a hedge fund trade group based in London, concurred that the SEC had not “given sufficient consideration to the widespread uses of the data” in 13F filings. Aima added that the regulator also failed to provide a “detailed and balanced cost-benefit analysis that is necessary to support these proposals,” according to a comment letter dated Sept. 29.