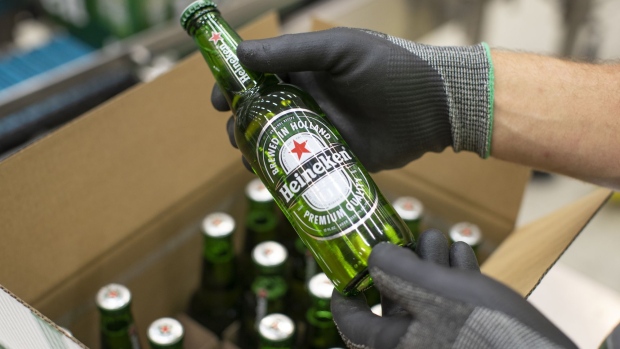 (Bloomberg) -- Dutch trade union FNV said Heineken NV brewery workers are planning to go on their first strike in about 25 years after an ultimatum to reach a better labor agreement expired on Tuesday.

Employees from breweries in Den Bosch and Zoeterwoude and workers from Heineken’s soft drink supplier Vrumona in Bunnik are set to start the stoppage on Friday, according to the FNV, which called for a pay rise beyond a 1.5% increase this year and 2% for next year.

FNV’s food industry representative Niels Suijker said in a Tuesday statement that the wage increase was “far too little” and remains below the level of inflation. He added that it was a “shame” that Heineken had not responded to the FNV’s calls for changes to the collective labor agreement which affects 1,250 workers at the company’s supply units.

Heineken said the brewer pays about 14% higher than other fast-moving consumer good companies in the Netherlands. It said its final offer, which includes a collective wage increase of 3.5% in two years, could rise to about 6.5%.

“These are challenging times and Heineken is being hit extremely hard by the pandemic,” the brewer said in an emailed statement. The Dutch catering industry is in a deep crisis and the brewer is simultaneously confronted with “historically high cost increases,” said the company.