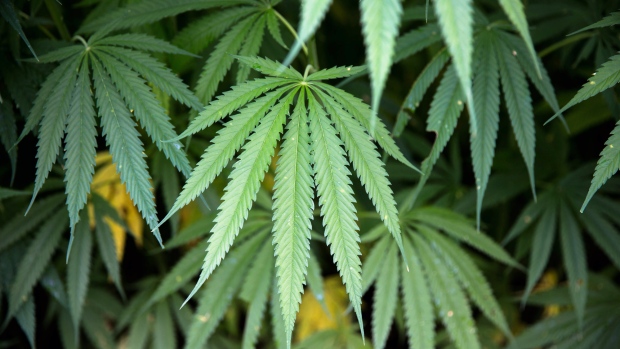 (Bloomberg) -- Investors looking for exposure to the burgeoning U.S. cannabis sector may not have to go north much longer.

With lawmakers likely to vote to legalize hemp soon, cannabis company Vertical Cos. plans to spin off its hemp assets into a separate company called Vertical Wellness and list it on the Nasdaq. Other companies that extract cannabidiol, known as CBD, from hemp are poised to follow suit to other U.S. exchanges.

“We feel that with the farm bill passing, it opens up the pathway to a formal listing on a U.S. exchange like Nasdaq,” said Smoke Wallin, president of distribution, sales and marketing at the Agoura Hills, California-based Vertical. The company cultivates and sells cannabis products in four U.S. states.

CBD derived from hemp contains no THC, the main psychoactive component in marijuana, but is said by its proponents to help relieve anxiety, pain and inflammation. Passage of the farm bill would potentially open major U.S. exchanges like the Nasdaq and New York Stock Exchange to hemp firms. Currently, neither exchange will list hemp or cannabis companies with U.S. operations as both substances are restricted at the federal level.

The only cannabis companies listed on the major U.S. exchanges are Canadian producers that have no operations in the U.S., including Canopy Growth Corp., Tilray Inc. and Cronos Group Inc.

The Alkaline Water Co., which is listed in Canada and is developing a CBD-infused drink, surged 13 percent on its Nasdaq debut Monday and being previously listed in Canada. However, the Scottsdale, Arizona-based company is not yet selling the drink and won’t until after the farm bill passes, chairman Aaron Keay said in an email.

“The company will not pursue the production or sale of hemp-infused products until legally permitted and all necessary approvals have been obtained,” the company said in a statement Monday.

Charlotte’s Web Holdings Inc., which produces hemp-based CBD products, is also likely to pursue a listing on a major U.S. exchange if the farm bill passes, its chief executive officer Hess Moallem said. Charlotte’s Web is currently listed on the Canadian Securities Exchange, which has become the go-to spot for hemp and cannabis companies with U.S. operations because of its more lenient listing rules.

“With the passing of the 2018 farm bill we believe that senior listings in Canada and the U.S. will become accessible for Charlotte’s Web and we will commence pursuing such listings accordingly,” Moallem said in an email.

Vertical, meanwhile, will likely do a pre-IPO funding round in the first quarter of 2019 that will be “north of $50 million, maybe close to $100 million,” Wallin said. Vertical is in negotiations with several farmers in Kentucky to cultivate 5,000 acres of hemp next year, which could produce as much as $1 billion worth of CBD, he added. Its other hemp assets include a 90,000 square foot Kentucky extraction facility and about 25 hemp-based CBD brands.

The forays into hemp come as cannabis stocks have come down to Earth after surging on optimism about the market’s growth potential. The BI Global Cannabis Competitive Peers Index fell to its lowest level in a year last week.

Wallin believes listing on a big U.S. exchange will give Vertical a level of visibility that will help create opportunities for doing business with large mainstream retail and large mainstream brands in a market for CBD products that could be worth billions.

“When you go into everything from pet food to nutritional supplements to lifestyle brands, which include everything from beverages to edibles and energy bars, it crosses over so many categories that it’s hard to not come up with a really big number,” Wallin said. “You can rest assured that this is many, many billions of dollars of business.”

To contact the editors responsible for this story: Jacqueline Thorpe at jthorpe23@bloomberg.net, ;Courtney Dentch at cdentch1@bloomberg.net, Jonathan Roeder