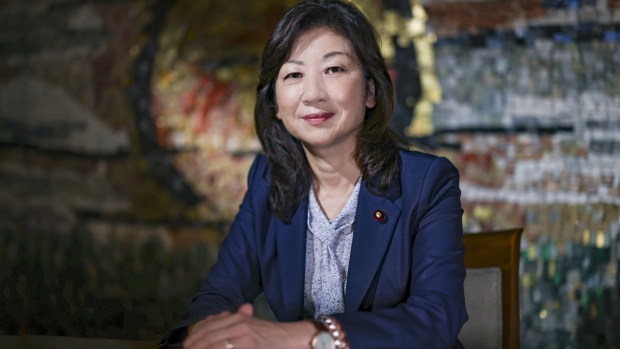 (Bloomberg) -- Japan’s ruling party picks a new leader Wednesday to replace outgoing Prime Minister Yoshihide Suga and guide the world’s third-largest economy as it tries to recover from the pandemic.

Candidates Fumio Kishida, Sanae Takaichi, Taro Kono and Seiko Noda are battling it out in what has been one of the most wide-open elections for leader of the ruling Liberal Democratic Party in about a decade. The LDP is expected to use its majority in parliament to elect the winner as the next prime minister at an extraordinary session on Oct. 4.

Markets believe the next leader will back a major stimulus plan, which has helped the Nikkei 225 surge almost 8% in September, the top performance among more than 90 global indexes tracked by Bloomberg. One of Suga’s final acts as premier has been setting an end for the virus emergency at the end of the month, which could provide another boost to the economy by easing restrictions limiting operations at eateries and other venues.

Apart from the economy, the new leader will also have to balance relations with the U.S., Japan’s sole treaty ally, and China, its biggest trading partner, as the two powers are at loggerheads on various issues.

Here’s a look at the top contenders:

A victory for Twitter-savvy Kono would elevate Japan’s czar for vaccine policy into a spot where he could push his calls to advance renewable energy and modernize antiquated systems that slow the wheels of bureaucracy. Kono has previously served as foreign and defense ministers and his fluency in English would be a stark contrast to Suga and almost every other Japanese premier who have shown limited proficiency in the language.

Kono has been the top choice among the public to be the next premier, which could help the LDP as it faces a national election just weeks after picking its new leader.

A win for the self-effacing former banker Kishida, who quipped on the campaign trail about being considered boring, would put him in a position to steer the ruling conservative party slightly to the left and advance his plan to spend tens of trillions of yen to soften the economic fallout from the pandemic.

Kishida, who has campaigned to abolish nuclear weapons, has also served as foreign minister and leads his own liberal-leaning faction in the LDP. He played a key role in then-President Barack Obama’s 2016 trip to Hiroshima, where the U.S. leader pledged to pursue a world without atomic weapons.

A victory for staunch conservative Takaichi, who has sought to stand out by brandishing her hawkish views on China, would mark the first time the country would be led by a woman and mark a sea-change in the male-dominated LDP. While Takaichi lacks the popularity of rivals Kishida and Kono, she enjoys the backing of her former boss, ex-Prime Minister Shinzo Abe and has pledged to support his priorities such as an ultra-loose monetary policy.

She has also been a regular visitor to Yasukuni Shrine in Tokyo, where 14 Class-A war criminals are enshrined along with other war dead and is seen by victims of Japan’s imperial army as a symbol of the country’s past militarism. Takaichi said she would continue visiting Yasukuni, even as premier -- which would almost certainly lead to a backlash from countries such as China and South Korea.

Noda is also trying to be the first women elected leader of the LDP, but she was a late comer to the race and polling numbers from within the party indicate she has almost no chance of winning. The former internal affairs minister has said her policy priorities center on care for the vulnerable such as children and people with disabilities.