After enduring a bumpy ride in August, investors in Canadian stocks need to brace for more volatility in September, typically the worst month of the year for equities.

In the past 10 years, the S&P/TSX Composite Index has dropped an average 1.5 per cent in September, as the end of summer, return to school and the start of a heavy conference agenda seem to be a bad combination for equities. The only other months with negative returns over the same period were October, June and January, according to data compiled by Bloomberg. 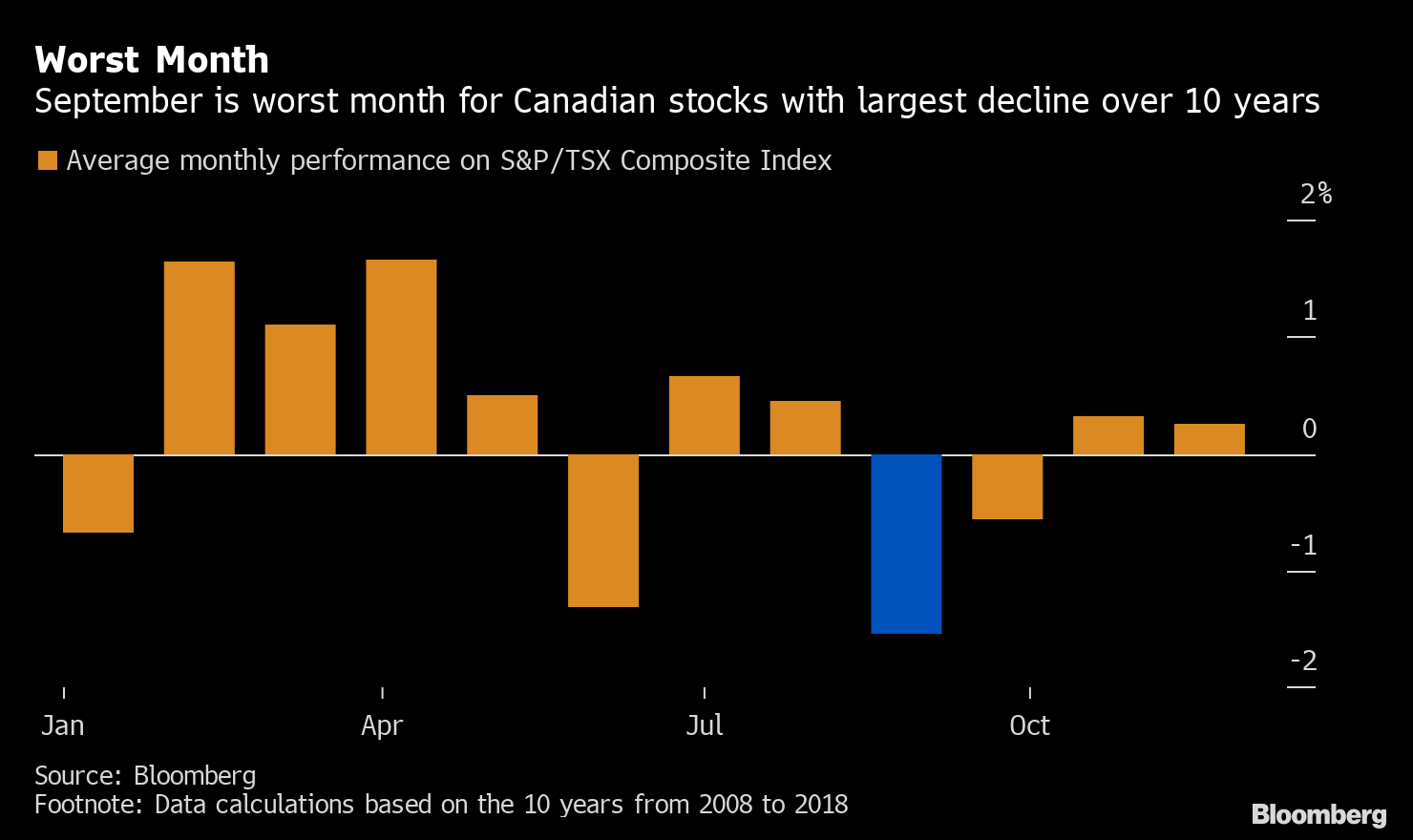 Don’t write off September just yet though, as the month has had its share of gains. The index has risen six of the last 10 Septembers, though massive declines in 2011, 2014 and 2015 pushed the average lower.

Investors can be forgiven for wanting to see August behind them. Global trade tensions roiled markets throughout the month, leading to wild swings up and down amid the China-U.S. showdown. After all the noise however, the benchmark is set to end the month little changed, after the best weekly gain since January as energy and mining stocks rallied with commodities.

Further along the Canadian equity train ride, the next stop is ‘Hobnob Station.’

Investors will head to conferences in Toronto and New York to hear from senior executives of major Canadian companies about their growth plans and the state of their industries. There will also be plenty of time for dinners, drinks and one-on-one meetings.

In Toronto, two events stand out:

For Manhattan, investors are set to gather at the Sheraton Times Square Hotel for Barclays’ annual CEO Energy-Power conference, where majors like Suncor Energy Inc. will make presentations.

There’s one major event that will have economists and market participants on edge: Bank of Canada’s rate decision day on Sept. 4. While most expect no rate change, Governor Stephen Poloz’s comments on monetary policy will be watched closely, especially after GDP expanded 3.7% in the second quarter, beating the three per cent estimate. Investors are betting on a rate cut in October, based on trading in the swaps market. 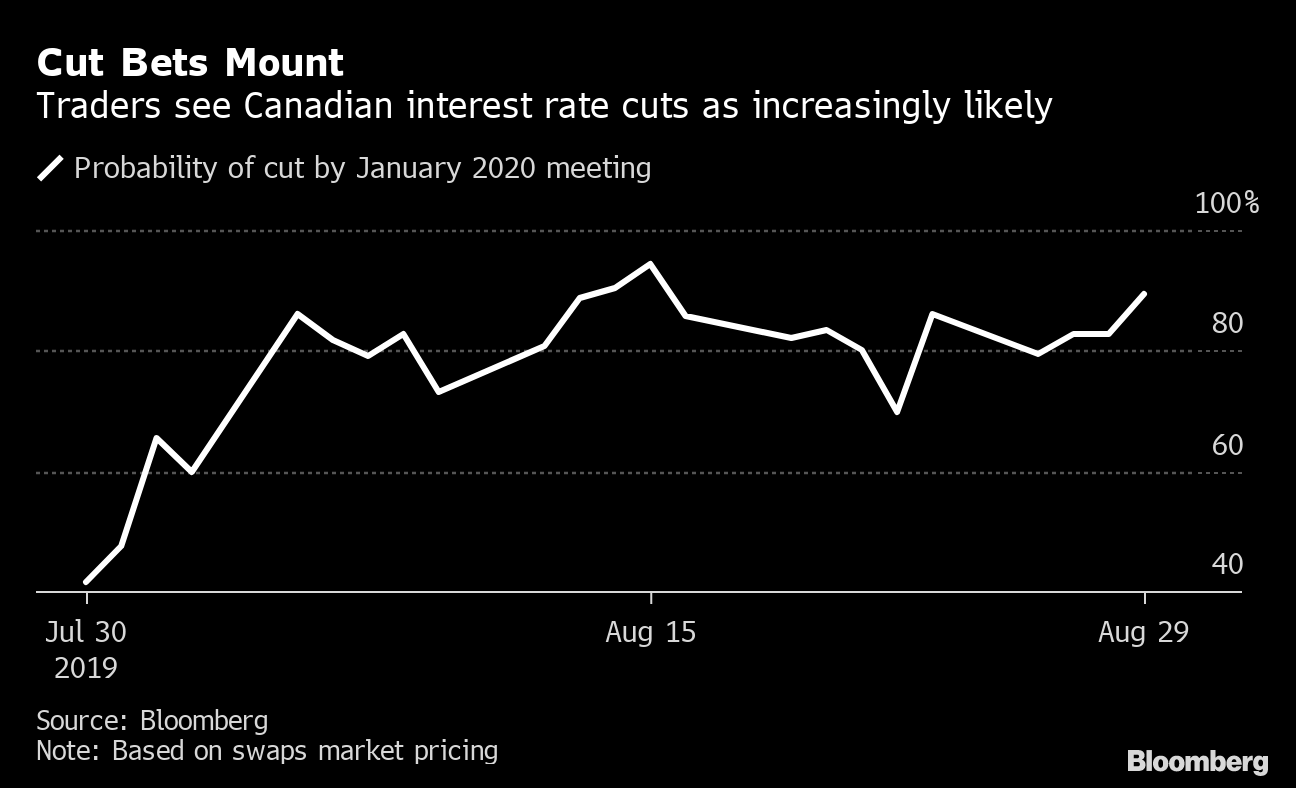 Here’s a recap of what happened this week.

Chart of the week 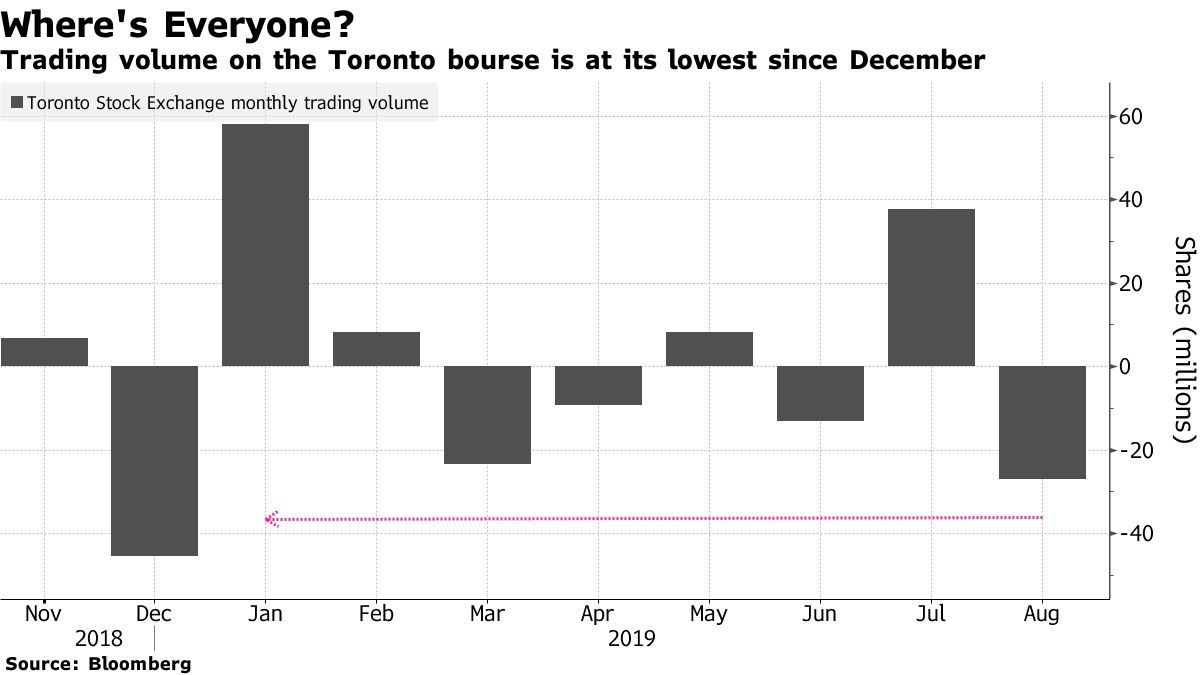 How big is this event? Here are some facts and figures:

1. Earlier this week, Toronto Raptors guard Jeremy Lin -- the first Asian American to have won an NBA championship -- announced a deal with the Beijing Ducks to play in the Chinese Basketball Association next season.

2. Shark Tank and Dragon’s Den star Kevin O’Leary confirmed that he was in a boat accident in Ontario’s Muskoka cottage country.

--With assistance from Steven Frank and Doug Alexander.