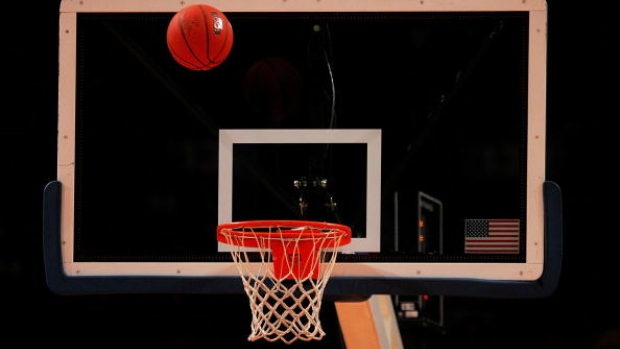 (Bloomberg Opinion) -- This week marks the start of the NCAA’s 68-team, single-elimination tournament to select the men's basketball team champion. There is a women's version as well, but the men attract most of the betting interest. Workplaces across the country are creating “bracket pools” with entry fees from $1 to $10,000 where bettors try to predict the results.

I'm going to demonstrate a powerful quant technique -- factor investing -- to pick a winning NCAA bracket. Skip lower for the picks, but if you have patience, I'll show interesting things along the way.

In the 1950s and 1960s, finance professors discovered asset returns were something akin to random walks in that professional investors could not beat random market selections. Conventional investment wisdom was wrong. Led by the University of Chicago’s Eugene Fama, known as the “the father of efficient markets,” academics assembled overwhelming evidence in support of the efficient market hypothesis, or EMH.

But there were persistent anomalies. Small capitalization stocks did better than they should and high price-earnings ratio stocks did worse. Academic opinion gradually shifted toward multiple factors to explain returns, such as value, momentum or quality. The tipping point was a seminal 1992 paper by Fama and Ken French establishing multiple factors with the same rigor that supported EMH.

Factors are not complicated. The “value” factor, for example, consists of buying the 30 percent of stocks with the lowest price-to-book ratios and shorting the 30 percent of stocks with the highest, rebalancing once a year. The factors were not meant to be held as stand-alone investments, but overlaid on the market. The chart below shows the results since 1963 of this simple investment rule. The scale is logarithmic. The market turned $1 into more than $216, but $2,279 when factors are added. Moreover, volatility was slightly lower than the broader market. Over the years the factor literature expanded, notably with a 2013 paper that found “value and momentum everywhere.” This demonstrated the same factors drove results in a many domains.

How do factors apply to NCAA brackets? The key insight is not that factors are good. Lots of people liked small capitalization stocks and stocks with low price-to-book ratios before Fama and French were born. But those people believed in combining those traits with lots of other considerations in order to pick good stocks. Factor investing is not about picking good stocks. It's about applying simple criteria systematically to build good portfolios. And factor investing is not about weighing dozens of considerations in complex ways, it's picking a handful of simple factors that work across markets and eras, then adding them up (people who forget this end up with the dreaded “factor zoo”).

Here's the quick version of NCAA bracket pool factors. I use a five-star system.

Quality. One star for teams that have the highest or second highest Basketball Power Index (ESPN’s BPI power rating) within their seed.

Size. Add a star for teams that have the highest or second-highest success in prior NCAA tournaments within their seed.

Momentum. Add a star for 1 to 8 seeds with zero or one loss in the five games leading up to the tournament, and 9 to 16 seeds with two or more losses.

Value. Add a star using a formula based on the probability of winning and frequency of pick for all teams that compete for a slot.

Betting against Beta. Add a star to encourage picking lots of mild upsets rather than one longshot.

The last two factors depend on the size of the pool and so I show them as circles rather than stars. If you want to enter a national bracket challenge with millions of entries, circles count as stars. If your office pool has around 500 or more entries, you can count up to one circle as a star. In office pools under 500 people, ignore the circles.

You can start your selection from either end, meaning that you can pick a tournament winner and work backward, or pick all the first round winners and go forward. Generally, you should favor the team with the most stars for a given slot, but feel free to adjust if you think it might be better than the experts think, or that it might be picked less often in your pool than in typical pools.

Once you’ve picked your winner, you’ve actually made six picks, because you also have to pick that team in the earlier rounds.

If you elect to start from the first round, you see only two attractive very mild upset picks. Florida as a 10 seed is a four-star pick versus one-star and seven seed Nevada. Oklahoma as a nine seed is similarly a four-star pick versus a one-star and eight seed Mississippi State. Three other first round games are toss-ups, Maryland versus a play-in winner, Syracuse/Baylor and Ohio State/Iowa State. Things get only a little more interesting in larger pools.

Use the stars at your own risk. If you want to understand how they are derived check the link above on NCCA bracket pool factors.

To contact the author of this story: Aaron Brown at aaron.brown@privateeram.com

Aaron Brown is a former Managing Director and Head of Financial Market Research at AQR Capital Management. He is the author of "The Poker Face of Wall Street." He may have a stake in the areas he writes about.