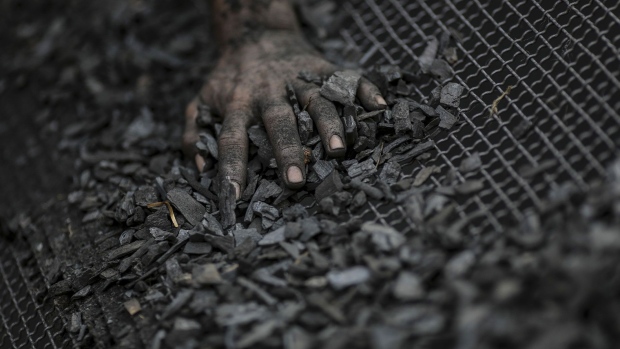 The fourth issue of Bloomberg Green's magazine is coming, and already you can read some outstanding stories featured in its pages. There's the one about Mexico's tree-planting program, which has had the perverse effect of encouraging residents of poor districts to cut down historic forests. Just days after that investigation published online, Mexico's President Andres Manuel Lopez Obrador announced a review of the program.

This new magazine also spotlights an investigation into a program meant to help low-income U.S. homeowners afford climate-friendly home renovations that has often amounts to predatory lending with a green veneer. Contractors target the elderly and non-English speakers, locking them into unaffordable agreements for solar panels and energy-efficient air conditioning. It's the return of subprime deal, only this time it's for solar.

Also in this issue: a look inside Global Thermostat, one of the pioneers in removing carbon dioxide from the atmosphere. Current and former employees and business partners say the crucial climate startup has been trapped in years of dysfunction and disappointment by its brilliant co-founder and chief executive.

But why focus on the negative? Ever wonder how a carbon border tax might work? This magazine has you covered. (Here's the first trick: don't make it a tax.) What about where to buy the most eco-friendly yoga mat? Try the recycled wetsuit mat made from, you guessed it, recycled wetsuits. The new magazine pulls together entries in our Carbon Benchmark series, which drills down into the targets countries will have to hit on their way to reaching net-zero emissions by 2050.

As always, in the name of keeping an eye on progress, the latest issue of Bloomberg Green ends with a roundup of positive developments in recent months. Because, yes, climate news is often bad but it would be even worse to lose hope.

The stimulus bill passed in December included some surprise climate initiatives, including an agreement to phase out hydrofluorocarbons, chemicals used in air conditioning and refrigeration that contribute to global warming. That finally puts the U.S. on par with other nations that have either banned or agreed to phase out their use.

The movement, which translates as “flight shame,” started as a way to get Swedes to choose travel by land rather than air. Now, the Guardian reports that the country will start charging extra fees to high-­emitting planes at takeoff and landing. One flight between Stockholm and Gothenburg, the country’s two most populous cities, emits as much carbon dioxide as 40,000 train trips, according to Swedish Railways.

The city has approved a  €250m ($298 million) project to add major greenery to the Champs-Élysées. The 1.2-mile avenue is used by about 64,000 vehicles daily that have become a significant source of pollution. The plan will invest in plants to beautify the area and clean the air.

The world’s third-biggest greenhouse gas emitter is ­debating whether to try to zero out its greenhouse gas emissions by 2050, according to people familiar with discussions among top Indian government officials. The people asked not to be identified, as the discussions are private. A dramatic low-­carbon transformation in less than 30 years would challenge India’s coal-­dependent economy.

BlackRock Inc., the world’s largest asset manager, upped the pressure on companies to disclose a business plan compatible with achieving net-zero greenhouse gas emissions by 2050. In his annual letter to chief executive officers in January, BlackRock CEO Larry Fink warned that for companies not sufficiently focused on this transition, his company will consider voting against management and potentially selling shares from its active portfolios.

A wetlands reserve has welcomed its first cheetahs in almost a century. The addition of three males from South Africa to the Bangweulu Wetlands is meant to help restore the biodiversity of the area. There are fewer than 6,700 African cheetahs remaining in the wild. The species is the fastest land animal in the world.

The number of rhinos killed by poachers in South Africa, which has the world’s biggest population of the animal, fell 33% last year as Covid-19 lockdowns reduced the movement of illegal hunters. That’s the sixth straight year of decline, South Africa’s Department of Environment, Forestry and Fisheries said in a statement. Only about 27,000 rhinos remain in the wild, according to conservation organization WWF.

Ivory Coast created its first-ever marine-protected area, off the coastal town of Grand-Béréby. The 1,000-square-mile zone, which includes mangroves and reefs, is considered a globally important nesting ground for sea turtles and will protect more than 20 species of sharks and rays. The location will also have space for sustainable fishing and ecotourism activities.

U.K. nonprofit Buglife announced in March that it had completed the first phase of its B-Line project, aiming to create connected wildflower habitats—pollinator pathways—around the country. England has lost more than 97% of its grasslands in less than a century, the group says. So far, Buglife has either created or restored 1,500 hectares of butterfly habitat, 10% of its goal.