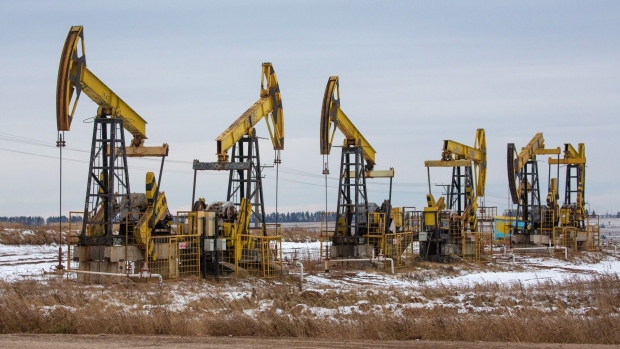 (Bloomberg) -- OPEC+ has overcome an internal dispute and salvaged a deal to add more barrels to the market, with the group set to boost output by 400,000 barrels a day each month from August until all its halted production has been revived. Brent oil fell toward $73 a barrel as investors digested the news.

Here’s what some analysts had to say about agreement, which was driven by the United Arab Emirates seeking better terms, and the broader outlook:

The market is very tight and a supply increase of 400,000 barrels a day will turn out to be a pittance, Ed Morse, global head of commodities research at Citigroup Inc., said in a Bloomberg television interview. Demand is significantly higher, despite the Covid-19 pandemic exploding in parts of the world, and oil prices are likely to climb much further by the time summer is over, he said.

The deal proves that OPEC+ is not only very much intact, but also on course to manage a controlled and cautious tapering of cuts to avoid even the slightest risk of tipping the market into oversupply, said Vandana Hari, founder of Vanda Insights in Singapore. Quota-busting is likely to remain a thorn in the side of the alliance, especially when members start experiencing restraint fatigue as markets demand more oil, she added.

Goldman Sachs Group Inc. said that the deal would support its constructive view on oil, while cautioning that near-term prices may gyrate amid concern about the delta variant, analysts including Damien Courvalin said in a note. The planned output increase was moderate and would keep the market in deficit.

The focus will now turn to demand given the immediate uncertainties about supply have disappeared, said Will Sungchil Yun, a senior commodities analyst at VI Investment Corp. in Seoul. The deal was made on the assumption that the pandemic will subside by next year, but the fast-spreading delta variant could continue to impact oil markets for some time, he added.

The deal is likely to lead to some weakness in the short term as investors unwind positions on the prospect of higher supply, said Daniel Hynes, a senior commodities strategist at Australia & New Zealand Banking Group. The market is still relatively tight and the sell-off should be short-lived, he added.