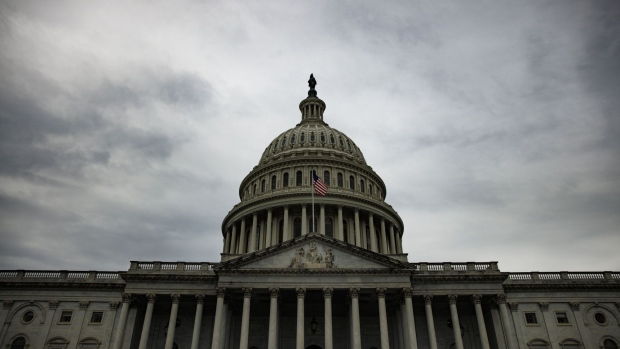 After more than a year of stop-and-start negotiations, Democrats on Sunday agreed to a narrow bill to invest in energy initiatives, curb drug prices and reduce the deficit, paid for by new corporate taxes. The legislation is far from the roughly $4 trillion to reshape the American economy that Biden first envisioned when taking office, but the bill still gives Democrats something to show voters ahead of the November mid-term elections.

Here are the highlights of what’s in the deal:

The bill imposes a 15% minimum corporate levy on companies that have traditionally been able to pay little to no taxes because they were eligible for a long list of credits and deductions. This measure is known as the book tax, because it is applied to a company’s book, or financial-statement, earnings -- rather than the income calculation traditionally used for tax purposes. The private equity industry scored a last-minute win when several Democrats voted with Republicans to create a carveout that means fewer companies owned by investment firms will have to pay the tax. The regular, 21% corporate rate is left untouched, maintaining a key part of former President Donald Trump’s 2017 tax law.

The legislation includes a 1% excise tax on corporate stock repurchases set to go into effect at the start of next year. The legislation could cause some companies to opt for issuing dividends over buybacks in 2023, but until then there could be a flurry of share repurchases.

The Internal Revenue Service would get $80 billion to add auditors, improve customer service and modernize technology. Democrats hope to pull in $204 billion in tax revenue from cracking down on tax cheats and increasing compliance by rebuilding the IRS. The agency has lost staff and expertise over the past decade because of budget cuts.

The bill includes $4,000 tax credits for lower- and middle-income buyers to use to purchase used electric vehicles, and up to $7,500 tax credit for new vehicles. The inclusion is a win for EV makers including Tesla Inc., General Motors Co. and Toyota Motor Co.

The plan has $60 billion in incentives to bring clean energy manufacturing into the US. These include production tax credits to accelerate US manufacturing of solar panels, wind turbines, batteries, and critical minerals processing. The plan also includes investment tax credits to build clean technology manufacturing plants that make EVs, turbines and other products.

There would be tax credits for consumers who add renewable energy items to their homes, under the legislation, including efficient heat pumps, rooftop solar, electric HVAC and water heaters. The plan also includes $9 billion for home energy rebate programs for low-income consumers to make their homes more energy efficient and $1 billion in grants for affordable housing energy upgrades.

The bill would direct the government to negotiate with drugmakers for lower prices on certain medicines, and cap what seniors on Medicare pay for drugs each year at $2,000. The measure also requires pharmaceutical companies to rebate Medicare if they raise the prices of their drugs more than just account for inflation.

The bill would also extend to 2025 an expansion in Affordable Care Act premium subsidies that’s currently set to end in January 2023. This will lower prices for millions of Americans.

The Senate added, at the request of Senator Kyrsten Sinema, $4 billion for drought relief to help Western states facing historically low water levels. The funding would be used to buy private water rights and help municipalities with conservation projects to increase the level of water in the Colorado River system