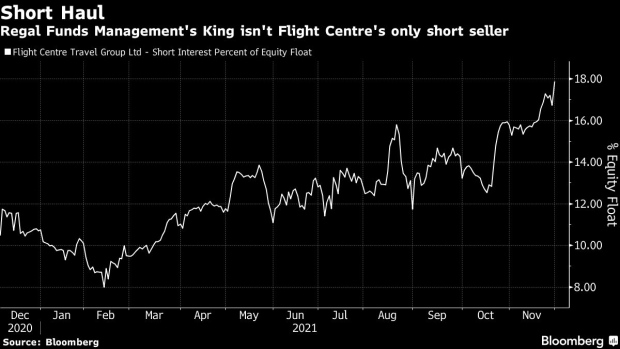 Spotify Technology SA, Amazon.com Inc., and Netflix Inc. prepaid cards for sale at a convenience store in Mexico City, Mexico, on Monday, Jan. 18, 2021. In many countries, online shopping hadn't been easy because of underdeveloped infrastructure and the reluctance, or inability, of consumers to use banks and electronic payment. That stalled growth in a lot of the world, but Covid-19's disruption has forced rapid change. , Bloomberg

From restaurant apps to beauty treatments to cryptocurrency, money managers were looking toward a market-place where convenience and speed is king after lockdowns accelerated the use of everything digital the world over. One was even brave enough to pick a post-Covid loser, pitching a short bet in the longest bull market on record.

Below is a summary by sector of what companies were tipped at the Sydney event, and by who, according to reports in the Australian Financial Review.

Tekne Capital Management’s Beeneet Kothari named Berlin-based restaurant app Delivery Hero SE as his top pick, citing the stock’s wide valuation discount to its peers. The shares have dropped 15% this year, and Kothari sees the price at least doubling from its current value -- or perhaps even tripling.

TDM Growth Partners’s Hamish Corlett doubled down on his 2019 Sohn pick -- Spotify Technology SA. He reckons the firm is even more attractive now given its pole position in the audio market, and that it will eventually join the so-called FAANG stocks. The stock is down 27% this year.

Regal Funds Management CIO Phil King offered the lone short recommendation on Friday, saying that Flight Centre Travel Group Ltd.’s surge ahead of the economy’s reopening has run too far and the Australian firm also has financial challenges. The shares fell as much as 4.5% in Sydney on Friday, before recovering losses.

Tech: The Next Atlassian

Firetrail Investments analyst Eleanor Swanson says Bevan Slattery-backed Megaport Ltd. is solving the connection issues that have plagued businesses around the world, and could join the ranks of other Australian-founded tech successes like Afterpay Ltd. and Atlassian. Megaport shares are up 44% this year; Swanson says they could more than double from their current price by the end of 2022.

Nick Griffin at Munro Investment Holdings reckons that Nasdaq-listed ON Semiconductor Corp. will become more important as the world races to decarbonize. He said its products will likely power most of the major shifts: from internal combustion engines to electric vehicles through to the transition from fossil fuels to renewables.

Aravt Global founder Yen Liow picked Nasdaq-listed software development company Gitlab. He said the firm’s in a duopoly with Microsoft’s Github for the fast-growing “dev-ops” industry within software development, and likened the stock pick to investing in Atlassian early on.

Crypto: Reach for the Cloud

Atreides Management’s Gavin Baker is betting that crypto exchange Coinbase Global Inc. will be at the forefront of future disruption driven by digital currencies. He said he was most excited about its Coinbase Cloud application and the firm’s potential ability to simplify “blockchain rewards via staking,” a sector that’s worth $300 million and growing rapidly.

The mood was then somewhat tempered by the arrival of Berkshire Hathaway Inc’s Charlie Munger, who said he wished that cryptocurrencies didn’t even exist:

David Allingham, a small-cap portfolio manager at Eley Griffiths, tipped Pinnacle Investment Management Group Ltd., whose shares have already more than doubled this year. He reckons the Australian firm is about to expand offshore and the reopening of borders in 2022 will be a major boost.

Builders Union’s Markus Bihler named freshly listed London-based fintech company Wise Plc as his top pick. He said the firm offered a superior product to most local banks for transferring money across borders, and was poised to capture the tailwind of big-spending young consumers.

Cota Capital founder Babak Poushanchi tipped Seattle-based tax software business Avalara Inc., saying it could grow from a $700 million revenue business today to billions of dollars over the next 4-5 years.

There’s more to Techtronic Industries Co Ltd. than cordless power tools, says Cooper Investors portfolio manager Qiao Ma. She reckons the Hong-Kong listed stock has more in common with Silicon Valley than industrials, citing its migration into lithium ion batteries as early as 2004. The shares have climbed 52% this year to HK$167.60; Ma predicts they’ll hit HK$215 within 12 to 18 months.