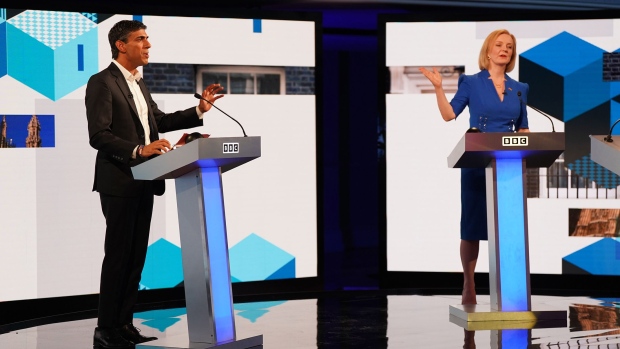 (Bloomberg) -- Foreign Secretary Liz Truss and former Chancellor of the Exchequer Rishi Sunak are engaged in a two-month battle to succeed Boris Johnson as UK Prime Minister, and both have announced a slew of policies in their bid to win votes among the Tory faithful.

The main division is over management of the economy, with Truss, the front-runner, advocating immediate tax cuts to spur growth, and Sunak saying the priority is to get runaway inflation under control.

As the race has progressed, both candidates have made U-turns and they’ve also competed to win the favor in particular of those on the right of the Conservative Party, whose 175,000 members will elect a winner to be announced on Sept. 5. Here’s an outline of their key pledges: