Knighthead Capital Management and Certares Management for a second time sweetened their proposal to buy Hertz out of bankruptcy as the rental car company’s board meets to review bids, according to people with knowledge of the matter.

The latest plan, which was submitted Tuesday afternoon, would hand shareholders more value -- specifically a 40 per cent stake in the reorganized company through a combination of direct investment and a more than US$1 billion equity rights offering, the people said.

Representatives for Knighthead and Certares declined to comment. A representative for Hertz didn’t immediately respond to a request for comment. Hertz shares reversed earlier losses to close up 5.6 per cent at US$1.90 after Bloomberg reported on the new plan. 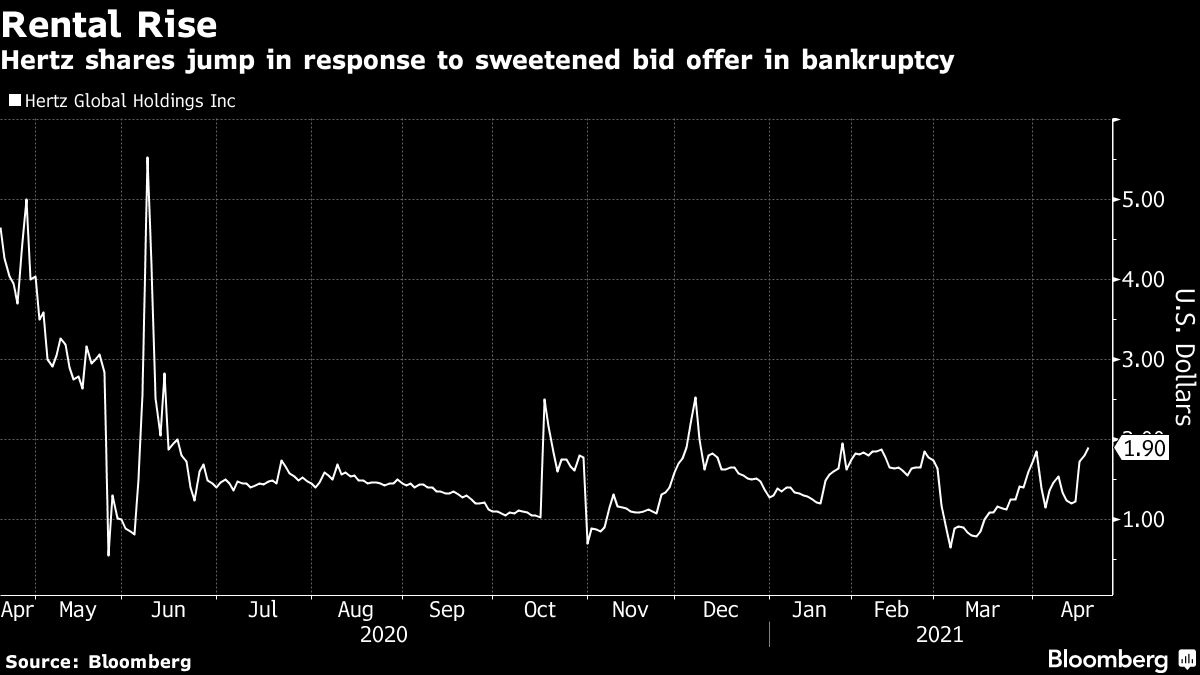 The battle over ownership of Hertz has been heating up. The company earlier this month picked a plan from Centerbridge Partners, Warburg Pincus and Dundon Capital Partners that outbid an earlier Knighthead deal.

Last week, Knighthead and Certares responded with a plan that assigned Hertz an enterprise value of around US$6.2 billion, paid senior lenders and unsecured bondholders in full, and offered existing equity holders a shot at recovery. The deal was backed by investors including Apollo Global Management Inc.

The Centerbridge-led proposal would swap unsecured funded debt claims for 48.2 per cent of the equity in the reorganized company and the right to purchase an additional US$1.6 billion of equity. Holders of general unsecured claims would recover around 75 cents on the dollar while existing equity holders would be wiped out.

In a court hearing last week, U.S. Bankruptcy Judge Mary Walrath delayed approval of a creditor vote on the Centerbridge-backed reorganization to give Hertz time to consider both proposals.

Any bankruptcy plan Hertz selects is subject to creditor and court approval. A virtual hearing to approve voting on a plan is scheduled for 11:30 a.m. Wednesday in Delaware.