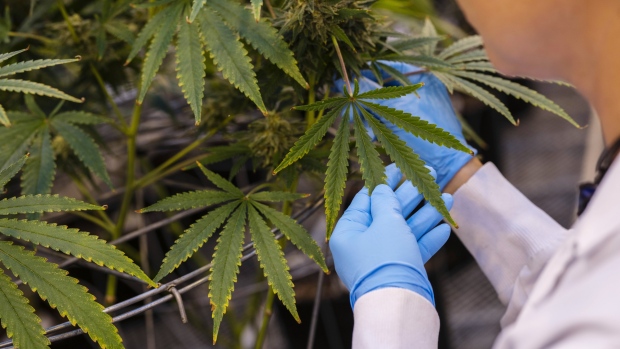 A worker inspects cannabis plants growing in a greenhouse at the Hexo Corp. facility in Gatineau, Quebec, Canada, on Thursday, Oct. 11, 2018 , Bloomberg

GATINEAU, Que. - Cannabis company Hexo Corp. says its chief financial officer has resigned, effective today, after taking on the role in May.

Hexo CFO Michael Monahan says in a release that he has decided to resign because the job requires him to spend the majority of his time in Gatineau, Que., and in Ottawa, which is not possible “given my family's needs.”

He adds in a statement that he has had a “very rewarding time” at Hexo and will assist the company as a consultant to ensure a smooth transition. Hexo's CEO announced that its vice-president of strategic finance, Stephen Burwash, has accepted the role of CFO.

In late May, Hexo announced Monahan's appointment as CFO, as well as the establishment of Hexo USA Inc. in Delaware as part of its formalization of its presence south of the border.

Earlier in May, Hexo had announced that Burwash would serve as acting chief financial officer on an interim basis, after its previous announcement that its then-CFO Ed Chaplin would transition out of the company.

In January, the pot producer said in a release that the CFO transition plan was announced at its annual general meeting and as Hexo turns its attention to global expansion, its focus would be on “individuals with global consumer packaged goods company experience.”