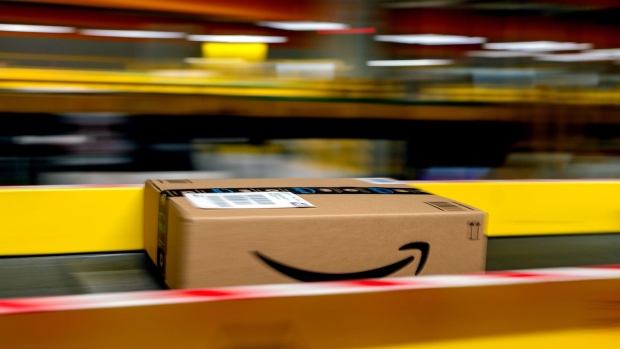 (Bloomberg) -- Nearly half of the 6,143 Amazon.com Inc. warehouse workers eligible to vote in a union re-do election in the coming weeks in Bessemer, Alabama, are new and didn’t vote in a drive that failed last year, union officials said Monday, highlighting how a high turnover could bring a different outcome this time around.

The Retail, Wholesale and Department Store Union appealed the results of an election it lost last year, alleging Amazon intimidated workers. The lopsided results cast doubt if a do-over would change the outcome. Workers voted 1,798 against and 738 for forming a union. The 505 contested ballots weren’t considered since they wouldn’t have changed the outcome.

A National Labor Relations Board official in November ordered that the union election be redone since Amazon “hijacked the process” by installing a mailbox close to the employee entrance. Ballots in the re-do election are due March 28.

Alabama is just one front for Amazon as it grapples with unprecedented labor unrest. A fledgling union founded by former and current Amazon workers is trying to unionize four facilities in Staten Island, New York. Meanwhile, the Teamsters Canada are also looking to organize facilities.

Three Amazon employees supporting a union in Bessemer said they are confident the results will be different on the second vote, citing a large number of new workers and a reinvigorated labor movement. Workers are wearing t-shirts to support the union, speaking with colleagues one-on-one and even going to employees’ homes, they said.

“The loss was a blessing,” said Kristina Bell. “It made us motivated to win even more.”

One union supporter, Isaiah Thomas, said he was reprimanded for advocating for the union in the warehouse during his break. The union filed a complaint with the National Labor Relations Board alleging Amazon engaged in unfair labor practices against him by surveilling him in the warehouse and warning him about promoting the union.

The union shared a Jan. 21 memo from Amazon management to Thomas that he broke the company’s policy prohibiting “solicitation” to speaking with colleagues about the union while they were supposed to be working.

“While we understand your activity may have occurred during your break time, you were interfering with fellow associates during their working time, in their work areas,” the management said in the memo. “Amazon respects your right to engage in lawful solicitation in accordance with our lawful policy.”

Workers could benefit from a settlement Amazon reached in December with the NLRB that prohibits practices the company has allegedly used to make it more difficult for workers to organize. Under the deal, Amazon must inform past and current workers of their rights and is restricted from interfering with organizing on company property after hours.