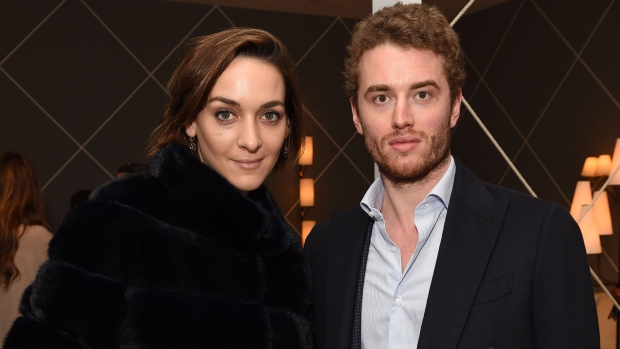 Rudolf Stingel, a blue-chip art dealer with galleries in London and Miami is facing a worldwide freeze on his assets amid allegations that he defrauded an investor in a Jean-Michel Basquiat painting by inflating its price by about US$6 million.

Inigo Philbrick, 32, was accused in an Oct. 30 filing in London’s High Court of misleading Satfinance Investment Ltd. into paying US$12.2 million toward the acquisition of the Basquiat painting “Humidity” on the understanding that the purchase price was US$18.4 million. Satfinance says the painting was actually purchased for US$12.5 million.

“Accordingly, the claimant’s contribution to the purchase price of the painting was not circa 66 [per cent] as Mr. Philbrick represented and as the claimant believed at the time, but over 97 [per cent],” Satfinance said in its court filing.

The Basquiat accusation comes as Philbrick, a U.S. citizen, is already facing allegations that he sold important works by Yayoi Kusama and Rudolf Stingel to multiple buyers. When the dealer failed to show up Friday for a London hearing brought by Singapore-based LLG PTE Ltd., Judge Jeremy Freedman granted a US$1 million freezing order on Philbrick’s assets. On Wednesday, when the dealer was a no-show at hearing in another case, Freedman extended a temporary order freezing Philbrick’s worldwide assets.

“I have good reason to believe the respondents are aware of this hearing and have chosen not to attend or participate in the proceedings at all,” Freedman said at Wednesday’s hearing, in a case brought by German art investment partnership FAP GmbH. “It’s suggested they have been behaving dishonestly and it appears they’ve been selling paintings that don’t belong to them and are in ownership of the applicant.”

In addition to its case in London, FAP sued Philbrick in Miami in September, seeking to recover US$14 million worth of art it said it purchased from Philbrick, including one of Kusama’s “infinity mirror” rooms entitled “All the Eternal Love I Have for the Pumpkins.” That work is on loan to the Institute of Contemporary Art, Miami, from the Saudi Collection of the Royal Commission for Al-Ula, which bought it from Philbrick earlier this year for an undisclosed amount. FAP claims it is the rightful owner of the work.

“He’s moved them without telling us where they’ve been moved to and in some cases appears to have sold them without notice, consent or paying what we’re entitled to,” FAP’s lawyer Yash Bheeroo said in Freedman’s courtroom on Wednesday.

FAP is suing Philbrick over the sale of Stingel’s untitled portrait of Pablo Picasso, which fetched US$6.5 million at a Christie’s auction in May. FAP says it agreed to buy the Stingel from Philbrick in 2016 for US$7.1 million but went along with the auction because the dealer falsely claimed Christie’s had guaranteed a US$9-million price.

At the same time, another company is claiming ownership of the portrait. According to a lawsuit filed earlier this month in New York to clear title to the work, Guzzini Properties said it bought the Stingel along with two other works from Philbrick in June 2017 for US$6 million. Guzzini said it acted as the consignor to Christie’s, not Philbrick.

Landon filed a motion on Nov. 12 seeking to withdraw from representing Philbrick, saying the dealer had failed to fulfill his obligations to his lawyers.

Back in a London court Friday, LLG’s freezing order related to its claims that Philbrick ran off with a 1988 work by U.S. artist Donald Judd. Philbrick and LLG’s managing director Louis Lannoo bought the piece together in 2015 for US$1.07 million, agreeing to hold each a 50-per-cent stake, lawyer Luke Harris told the court.

In 2017, Lannoo became “concerned about Mr. Philbrick’s aggressive approach to investment,” Harris said in written submissions. Philbrick stopped responding to Lannoo’s attempts to contact him this past October and reports of his dealings with other companies led Lannoo to believe that Philbrick transferred the artwork to a third party or planned to do so, he said.

LLG’s lawyers say it’s obtained evidence that indicates Philbrick holds, directly or indirectly, US$70 million worth of assets and the cumulative value of the artworks managed by his businesses is up to US$150 million.

Two weeks ago, Philbrick’s Miami gallery was closed with no art on display, a crate in the middle of the empty space and FedEx notices posted on the door, said Miami-based art adviser Karen Boyer, who happened to be walking by.

--With assistance from Alex Verge.