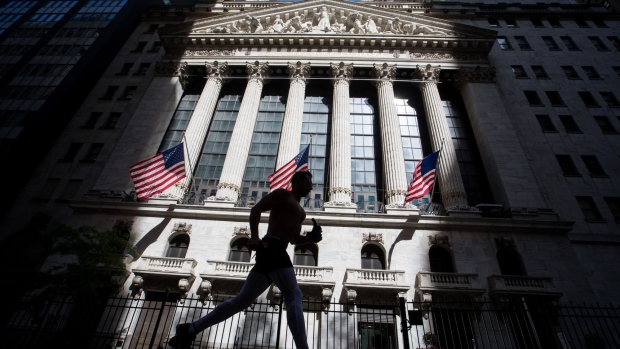 A jogger passes in front of the New York Stock Exchange (NYSE) in New York, U.S., on Wednesday, June 17, 2020. U.S. stocks fluctuated as the recent rally begins to show signs of losing momentum amid a worrying increase in coronavirus cases. , Bloomberg

U.S. stock gains from the late-March bottom are in line with previous new bull markets, which could assuage concerns that the market has risen too far too quickly, according to the Leuthold Group LLC.

A comparison with the early stages of bull markets in 1982, 1987, 2003 and 2009 -- selected because they followed bear markets with declines of 30 per cent or more -- shows similarities to the current period -- and particularly to 1982 and 2009, Leuthold strategist James Paulsen wrote in a note June 29.

The sharp rebound in equities in the second quarter has stoked anxiety about a disconnect with the likelihood of a long path to recoup economic losses from the coronavirus. Even so, history shows the S&P 500 started climbing in the 1982 and 2009 episodes when the economy was still many months away from making up for prior contractions.

“There is potential for considerable upside in the coming year,” Paulsen wrote. “It is worth noting the similarity of today’s rally to past bull markets, which provided investors with additional healthy returns.” 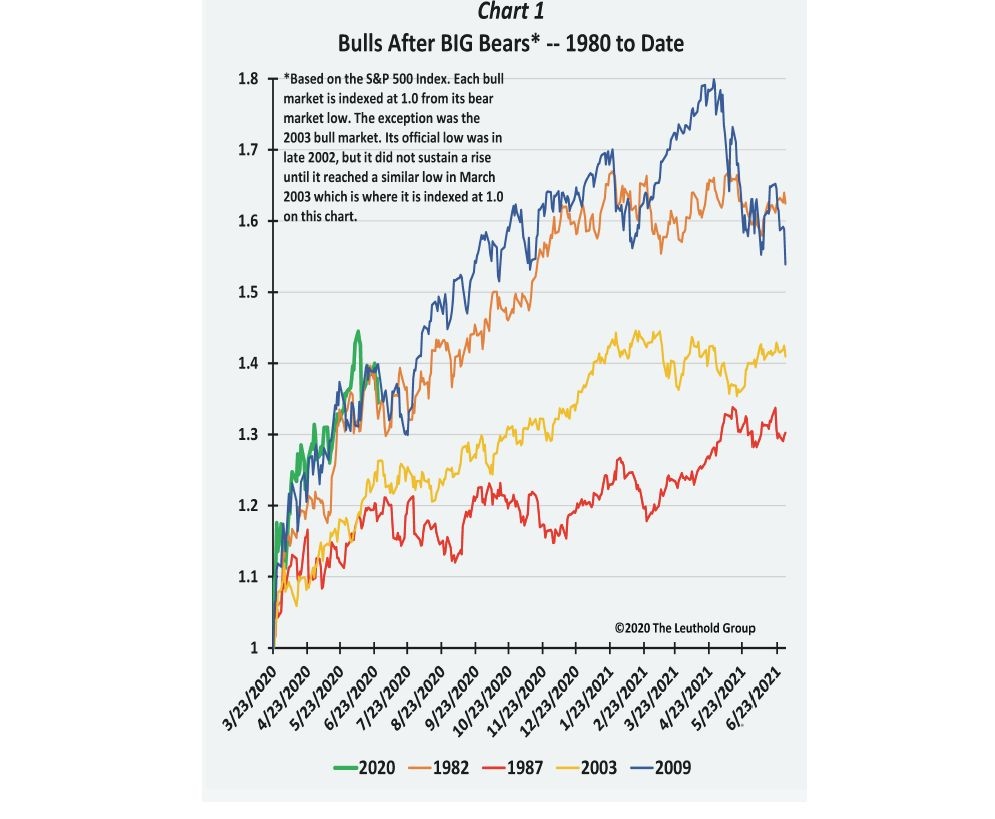 The S&P 500 has rallied 36 per cent from its low at the March 23 close. That gain has prompted some strategists to recommend paring back on risk as valuations rise, though others cite everything from big cash piles on the sidelines to a continued “fear of missing out” as reasons the advances should continue.

Paulsen cautioned that investors should expect “frequent and sometimes substantial” corrections along the way, and recommended planning to exploit continued volatility ahead. But over a longer horizon, he sees a strong argument for further gains.

“In the near-term, the S&P 500 could decline by about 5 per cent to reach the average bull market at this point of the run,” Paulsen said.

“However, if stocks continue to trace the average of the past four bull markets represented in this analysis, they could deliver a +14 per cent total return in the coming year, and almost +27 per cent over the next two years (assuming a 2 per cent dividend return).”